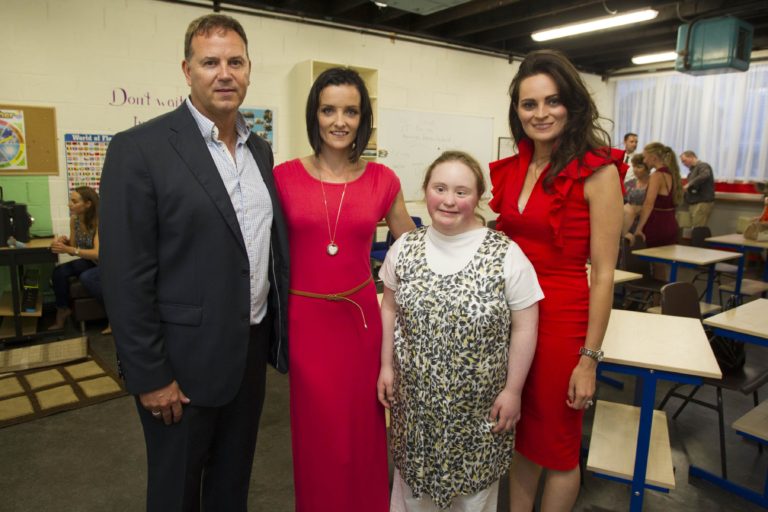 Last night’s final challenge on the hit show Celebrity Apprentice, which saw B*witched star, Edele Lynch, win the overall Celebrity Apprentice prize, was sponsored by Wexford-based DoneDeal, Ireland’s largest and most successful online classified adverts website. The episode saw the finalists compete in a special challenge at Down Syndrome Ireland’s Latch-On Centre in Naas. The challenge was to create a space that would allow learning and recreation, where adults would feel comfortable but also inspired. The contestants used DoneDeal.ie to source everything they needed to renovate and refurbish these rooms with a budget of €3,000. Both rooms were completed to a very high standard and will make a real difference to the facility. The teams were led by journalist and author Amanda Brunker and Edele Lynch from B*witched. Daniella Moyles, Frances Black, Maclean Burke, Mikey Graham, Nick Leeson and Emma Quinlan all assisted in the challenge.

Agnes Healy, marketing manager at DoneDeal, said, “Sponsoring the final episode of this show was a great opportunity to showcase just how truly versatile DoneDeal is. Whether it’s buying a car or tractor, selling unwanted furniture, picking up great home entertainment and electronics or decorating a room to help educate people DoneDeal has you covered. We were very happy with how the contestants used DoneDeal so well to decorate the rooms. The rooms were fitted to a very high standard and will make a real impact at the centre.”

Grainne Murphy form Down Syndrome Ireland was very impressed with how the rooms were kitted out using DoneDeal saying, “Amanda’s room is fantastic, it has really filled the brief, it is a very open and clean space where the focus of education going forward is apparent, it’s a massive transformation. Edele’s room is just a wonderful space for an adult who’d returning to education. I think Edele’s team have really fulfilled the brief with a huge amount of passion.”