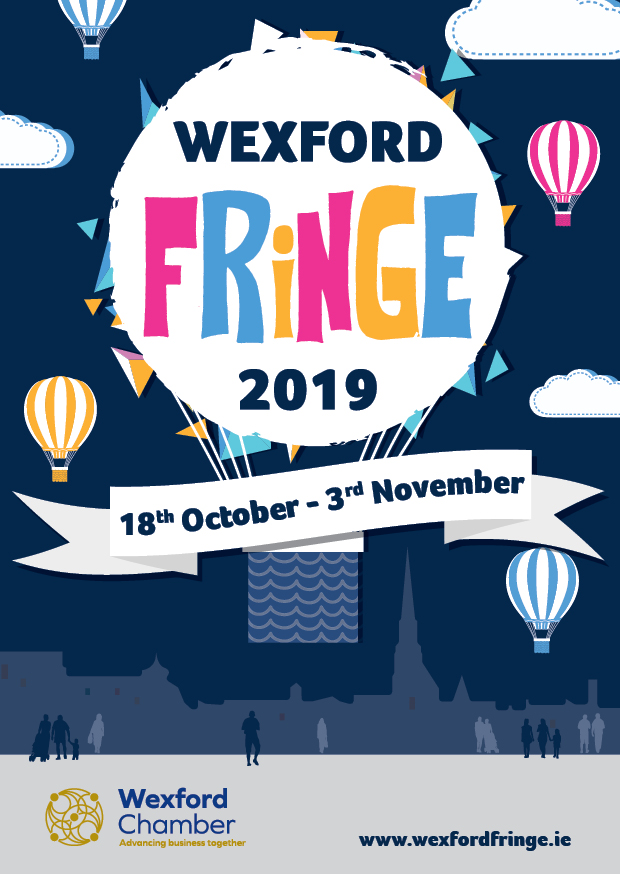 The countdown to Wexford Festival Opera has begun after the Fringe Guide was launched by Wexford Chamber at a well-attended reception in The Farmer’s Kitchen Hotel in Drinagh.

The Guide contains listings of over 300 artistic, cultural and entertainment events taking place in and around Wexford during the 68th International opera event which runs this year from October 22nd to November 3rd 2019.

The Fringe Guide which was officially launched by Deputy Mayor of Wexford, Cllr. Maura Bell, features art exhibitions, music performances, theatre shows, comedy, literary recitals, book fair, cabaret and historical walking tours.  Wexford Chamber Vice President, Karl Fitzpatrick, said that the Guide Launch is one of his favourite events in the organisation’s calendar. He described Wexford Fringe Festival and the Opera Festival as a magical time of the year in Wexford with entertainment for all ages. “In what is generally considered to be an off-peak period in other parts of the country, Wexford Fringe Festival provides a unique opportunity to be entertained by more than 300 events across all spectrum of the arts”, he said. He welcomes the economic boost to the town saying the Festival also bridges the notorious trade gap that retailers typically experience between Summer and Christmas.

The Deputy Mayor said she was delighted and honoured to launch the 2019 Guide. “The Fringe is the best non-curated festival, a festival for all ages with something for everyone to enjoy, making Wexford a destination for people with so many different interests”. She encouraged everyone to enjoy the wonderful experiences on offer.

Karl Fitzpatrick thanked all those involved in the design and publication of the Guide, including Think Print, the advertisers and Katie O’Connor, Catherine D’Arcy and Denise Farrell of the Chamber for co-ordinating the project.  He also thanked The Farmer’s Kitchen Hotel.