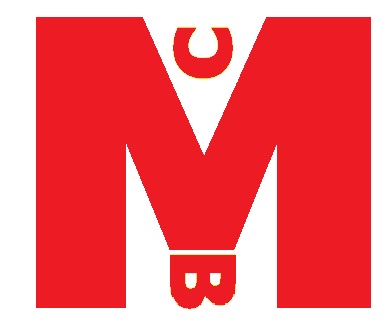 Marie Casey Breen was born a stone’s throw away from Shannon Airport back in 1952. Ahead of her time, Marie headed to Rhodesia (Zimbabwe) to work as a secretary. Marie realised that sitting still and staying quiet wasn’t her calling. She headed to London to train as a Nurse/Midwife. Once qualified Marie joined Concern and volunteered in Bangladesh for two years. She then went to India and worked with Mother Teresa in her Hospital for the Dying. Following a year’s backpacking in Asia, Marie was asked to be part of the Concern Emergency Team made up of experienced volunteers that set up the refugee camp for Cambodians fleeing across the Thai border.

Marie landed back in Ireland in her mid twenties, and headed for the seaside town of Wexford.

Her first Marathon was at 25 in Dublin followed by many more including London and New York. Marriage and five children later, sport was put on the slow burner. This was until Ollie Gogarty’s charity sprint triathlon for Crumlin’s Children’s Hospital at the Talbot Hotel Wexford. Swimming breaststroke, head up and petrified, she went on to complete 5 and was now addicted to this challenge.

Marie went on to join Wexford Triathlon club and competed in all Triathlon distance events in the 4 Provinces of Ireland and Europe in her age group.

Joining the Wexford Masters Swimming Club was not only a turning point for her swimming but the start of great friendships on her present journey. Marie progressed onto competing in the European and World Championships at Olympic distance ( Swim:1500m, Cycle:40k, Run:10k). In 2004 she won a bronze medal in Switzerland in her age group.

Colon Cancer struck in January 2011 and offered the ultimate challenge. Following an operation and chemo she maintained as much fitness as she could, being reduced to only being able to walk half a mile. She battled physical and mental struggles that illness brings, grasping onto the goal of the Dublin Marathon in October of that year, which she achieved but not without losing all her toenails and in excruciating pain.

Marie quickly decided that a new challenge was called for. Ironman Austria seemed the fitting stage

In mid August 2014 Marie headed to Sweden to improve her placing and always the faraway dream of Kona lingering in her subconscious. Not only did Marie achieve this but qualified for a coveted slot to the World Championships in Kona, Hawaii. A platform shared by the world’s most elite Ironmen on the planet.

Marie headed off with the grass skirt and Hawaiian garland to the ‘’Holy grail’’ on October the 11 , 2014 to fulfil a lifetime dream.

What an experience Hawaii proved to be. Ate from head to toe with Mosquitos bites, excrutiting heat and humidity Marie headed into a turbulent sea with no wetsuit. Survival of the fittest was called upon several times that day. Marie reached depths of fear, pain, and fatigue never challenged before.

2015 wasn’t to be my year. Changed my bike did Ironman Tenby …failed…to make bike cut off.

Maries mantra was “How lucky am I to be here”

2016 success at the Ironman Copenhagen and qualified again for Kona, Hawaii. Was not in a financial position to go

2017 Ironman 70.3 was in its 2nd year in Ireland Marie wanted to compete and try and qualify for the World Championships in Nelson Mandela Bay in Port Elizabeth South Africa. Despite a massive panic attack in the sea that nearly finished her ever competing she overcame this and went on to qualify for the Worlds. Marie also wanted to test the Triathlon Ireland National series in her age group which she had won for several years, but had to settle for 3rd place.