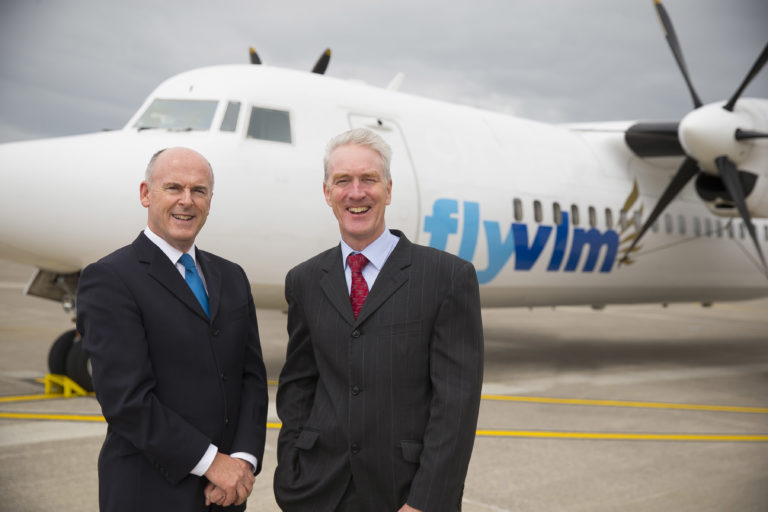 Waterford Airport is celebrating the 30th anniversary of its first cross-channel services. It was 30 years

ago today on Monday, July 8th, 1985 that Ryanair commenced their first scheduled passenger service connecting Waterford and London-Gatwick. In the first week, bookings exceeded the expected level by some 40%.

Waterford’s first international scheduled air service left the Airport for Gatwick at 8.30am. The twin turbo prop Bandeirante aircraft used on the route could seat 15 passengers while the trip was scheduled to take 90 minutes each way. The return flight left Gatwick at 7pm. The service developed further in 1988 when the fast-growing Ryanair began using their new £6.5m ATR turbo-prop aircraft on the Waterford-London Luton route.

Waterford’s new IR£1.5m airport had been granted its full flying wings in March 1982 when the Department of Transport & Power sanctioned a licence for international flights. The news coincided
with an announcement by Avair Ltd that a twice-weekly mid-day scheduled service between Dublin and Waterford was to commence on Monday, March 29, 1982.

Speaking about the 30-year milestone, Desmond O’Flynn, CEO, Waterford Airport said: “Whilst this
anniversary allows us indulge in some nostalgia, it also reflects the importance of air connectivity to Waterford and the South East region over the last 30 years. In the intervening period Ryanair has grown from its first Waterford-London Gatwick scheduled service to now operate over 1,600 routes across Europe.

At Waterford Airport, we continue to enjoy great support from business and leisure passengers on our VLM Airlines routes to/from London Luton and Birmingham. Just as they did 30 years ago, passengers continue to value the convenience and ease of flying through Waterford with shorter door-to-door journey times, greatly reduced stress and more affordable parking rates”.

Some of the front page headlines in the Irish Times on July 8, 1985 offer an insight to what was making news in Ireland as Ryanair took off from Waterford –  “Quinn to curb imports of South African fruit”; “Dockers reject revised plan for redundancies” and “Search closes on jet’s recorder”. Sports stories included the unseeded Boris Becker making history by winning the men’s’ singles at Wimbledon aged 17; Cork beating Tipperary by six points in the Munster Hurling Final and Sean Kelly being in third place after nine stages of the Tour de France.

July 1985 was also when the Live Aid concerts were staged in London and Philadelphia with $70m raised for famine relief in Ethiopia. Some IR£174,000 was pledged during 6,629 calls through the Waterford telephone exchange where pledges ranged from 5p to £2,000. The same summer brought huge crowds to the grotto near Mount Melleray in Co Waterford following apparitions on August 15 and 19.