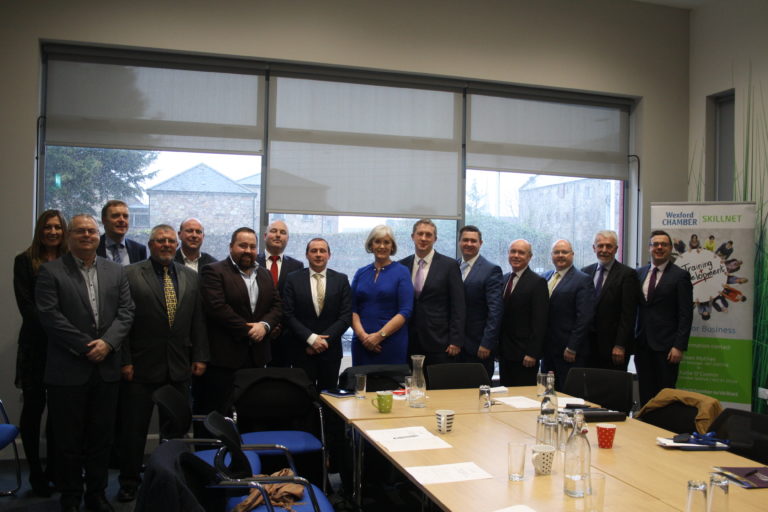 You and a guest are cordially invited to a reception honouring Madeleine Quirke in recognition of her many years of service as President/CEO of Wexford Chamber.

This event will be an evening of celebration with Madeleine, as she steps down as Chief Executive of Wexford Chamber after almost a decade at the helm.  Madeleine was elected as President of Wexford Chamber in 2007 and has occupied the role of CEO since 2009. Madeleine has made an enormous contribution to the success of Wexford Chamber, which is now one of the strongest Chambers in Ireland representing almost 250 members. Under Madeleine’s direction, Wexford Chamber has continued to build on its reputation as an integral component of a thriving business community in Wexford.

I hope you will be able to join us on 22nd March in thanking Madeleine for the wholehearted dedication and commitment which she has afforded to the Chamber during her time as President/CEO and in wishing her every success and happiness as she moves on to pastures new.

Kindly RSVP by close of business on Wednesday, 21st March, by emailing traceymorgan@wexfordchamber.ie or by contacting Wexford Chamber on 053 91 22226