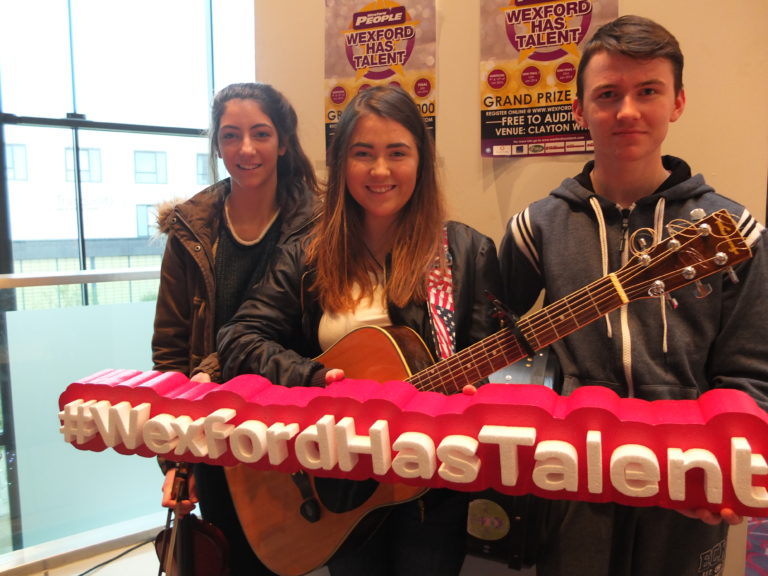 Organisers of ‘Wexford Has Talent’ competition have reported a showcase of phenomenal talent at the competition auditions, which took place at Clayton Whites Hotel over the weekend where over 120 acts took to the stage to perform in a variety of arts.

Performers from as young as 6 upwards took to the stage showing skills in genres ranging from gymnastics to dance of many varieties to singer songwriter performances to full bands to recitation, free running and lots more.

Commenting on the event, one of the organiser’s Kilian Duignan said, “This is our second year to host this competition and last year we thought the standard couldn’t get any higher but this weekend of auditions has proved otherwise. We would like to thank everyone who took part and wish all of the qualifiers the very best of luck for their semi final performances.”

Following the two days of back to back auditions the team of judges have announced 36 acts to be successful and whom have all obtained a coveted place to perform in one of two Wexford Has Talent Semi Finals taking place at Clayton Whites Hotel in Wexford on Saturday January 16th and Saturday January 23rd. Tickets are now on sale for both events at Clayton Whites Hotel. A total of between 12 and 16 of these acts from the Semi Final events will gain a performance spot at the much anticipated Wexford Has Talent Grand Final on Saturday, January 30th at the same venue, where the winner will walk away with a cash prize of €2,000.

One of the judges Biddy Walsh commented on the weekend’s auditions, “The talent demonstrated at auditions over the weekend has been unbelievable from very young performers to the not so young. Right across the board we were blown away with both the variety of talents showcased but also the incredible professionalism shown by all of the performers. The judges had a very tough job in deciding on the list of semi finalists and we would like to congratulate everyone who took part as all of the performances were of a very high standard and we look forward to seeing the artists perform at the semi final events.

During the 2016 Semi Finals and Final all acts will be placed by a judge’s vote only and no audience paid voting will take place.