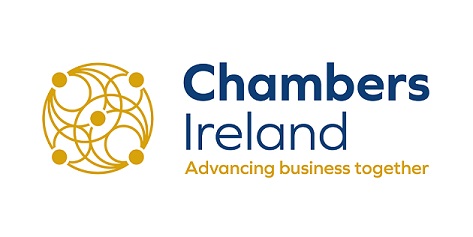 There are three principal areas which Chambers Ireland has identified the government to focus on:

Speaking at the launch of their Submission for Budget 2023, Chambers Ireland Chief Executive, Ian Talbot, said

“For our members there are three interlocking struggles which businesses in Ireland are facing:  Housing, talent, and energy dominate the conversations of businesses throughout the county.

“Many of the problems we are experiencing arose from the decade of underinvestment which afflicted the economy in the post Great-Financial-Crash era. Delivering on the needed infrastucture solutions during a time of increasing costs will be extremely challenging, but will also be essential for our future prosperity.

“On the upside, it has lately been recognised that we have entered a ‘shock-prone’ world. While this will be challenging, our size, our location, and our educated workforce suggests we have the potential to be nimble. But this also means that we need to be proactive about the problems we are facing. We are able to adapt to the changing international environment because of our scale, in a more volatile world that will give us opportunities to grow relative to our bigger and slower peers.”

“The real challenge for Government in Budget 2023 will be keeping their attention focused on the long-term challenges that face our country.

“While some years have been more settled than others Ireland has spent most of the last fifteen years reacting to crisis after crisis. We need to accept that the world is far less benign than it was at the start of the 2000s and policy must become much more proactive in response.

“We must become much more ambitious in our aims for the energy sector in particular. Ireland has an enormous role to play in helping the EU decarbonise. Russia’s war only accelerates that trend.”

Housing because it is affecting the ability to attract talent, and this is the experience across the country. Even in our regional chambers we are regularly encountering problems where a big jobs announcement is made, and there literally isn’t the housing available to support the number of new people that will be need

Skills and talent have become a major issue as businesses throughout the country are struggling to get the employees they need, we are going to have become much more attractive to talent from abroad, particularly if we are going be able to meet out NDP and Housing for all Targets

To help resolve the immediate shortages in Skills & Talent Government urgently need to:

For Energy we have a series of, mostly long-term, asks where we are looking for the government to become much more ambitious about gathering renewable energy from the sea. The most important one is for MARA to be founded as a kind of ‘IDA for the sea’ – an organisation that will work with govt bodies to facilitate the quick delivery of offshore energy projects.

In the short run, changing the incentives landscape to facilitate commercial properties becoming microgen producers, and delivering shallower retrofits that would support those most directly affected by fuel poverty are key.

Making the most of our energy opportunity will require: