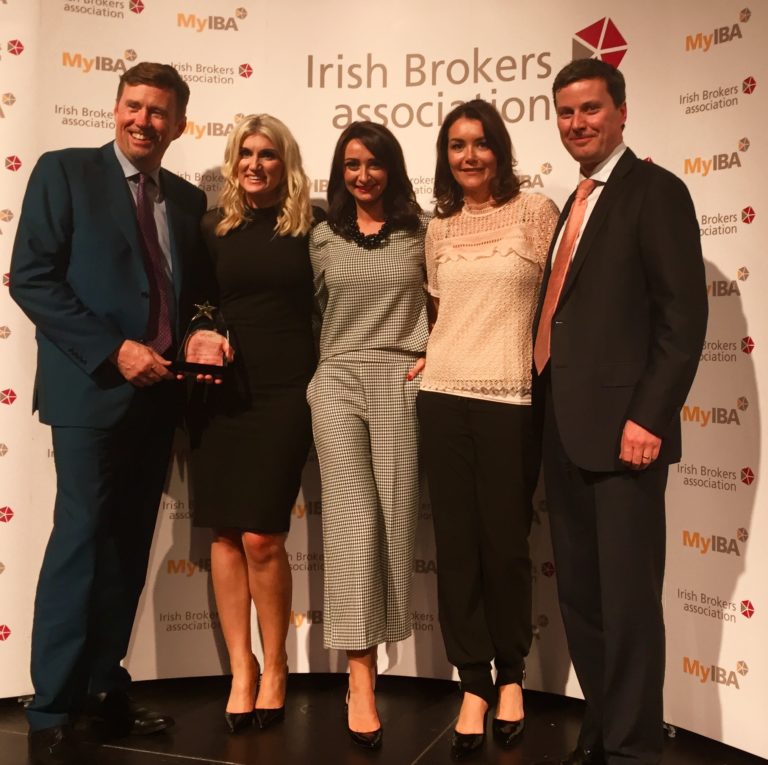 The Irish Brokers Association has crowned Ciarán Sheridan with the most coveted title “Broker Principal of the year 2016.” Ciarán was presented with the award amongst over 500 of the Insurance industries top bodies at the IBA’s annual gala Lunch in the Mansion House on Thursday 20th October.

The award is to recognise the support, encouragement and guidance that the broker principal has shown to employees to aid their development within the Insurance Industry.

The title holds extra significance as it is the employees of the business who nominated Ciarán to receive the award.

“I’m truly honoured to have been nominated never mind winning. It means so much when the nomination has come from my team. I knew I had a great team, but receiving this award is a very humbling experience” Ciarán Sheridan.

Ciarán had no idea he had even been nominated until a video streamed through the Mansion House during the awards ceremony featuring people from the office giving heart warming nominations for their leader.

“The video was incredible Ciarán added, usually nominations are made on paper, I was a little overwhelmed seeing the guys from the office on the big screen and nervous of what they were going to say! I shouldn’t have been they were fantastic”

It could be a very significant year for Sheridan Insurances as it is rumoured they are also going to become the anchoring tenant in the iconic Arc building in Drinagh, Wexford. Ciarán is remaining tight lipped about the plans. “I can’t confirm anything just yet” he said when asked about his plans.