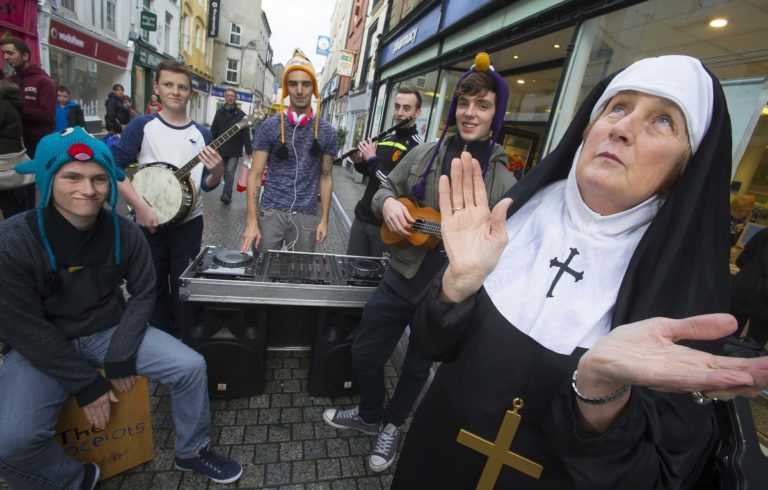 Have you got what it takes?

A brand new competition has been announced for Wexford town and county – Wexford Has Talent is set to be top of the entertainment calendar with a host of  celebrity judges set to take talent through auditions to a live final.

Wexford Has Talent is open to all and all manner of talents from singing to hula hooping to dance to dog training! The competition is entirely free to enter and the winner will walk away with a cash prize of €2000.

Applicants are invited to register their interest online at www.wexfordhastalent.com where they will then be invited along to audition dates on January 10th or January 11th at Whites of Wexford.  A panel of at least three independent judges will judge the auditions.

The open auditions on January 10th and 11th are available for acts to arrive and register on the day also, however those who register online in advance can reserve an audition time.

From this audition process a shortlist of between 24 and 30 acts will go forward to take part in the live audience semi finals at Whites of Wexford on January 24th and January 31s t ,and 12 of these acts will make the finalist list to perform in front of a live audience at the Wexford Has Talent Final on Saturday, February 14th at Whites of Wexford.

Commenting on the competition and the audition process Wexford Has Talent judge Tony Carty said, “I am delighted to be part of this fantastic event. It is a wonderful opportunity to showcase the great range of talented people we have here in Wexford, we know the competition is going to be tough but all of the judges agree that it is certainly going to be very entertaining and we are all really looking forward to the process and in particular the live final on February 14th, tickets for that event in particular will be hot property.”

A panel of at least three independent judges will judge the final and as with the semi-final, the judges’ vote only counts for 50% of the overall vote. The audience and/or supporters of the acts who can buy votes for their preferred act determine the remaining 50% of the vote. The overall winner will be the act with the highest combined score and will take home €2,000.

Energia and Whites of Wexford are the sponsors of Wexford Has Talent. Tickets to the semi finals and final event will go on sale from late December. For further details and Wexford Has Talent news see www. Wexfordhastalent.com or join the event on Facebook.com/WexfordHasTalent and Twitter – @WexHasTalent