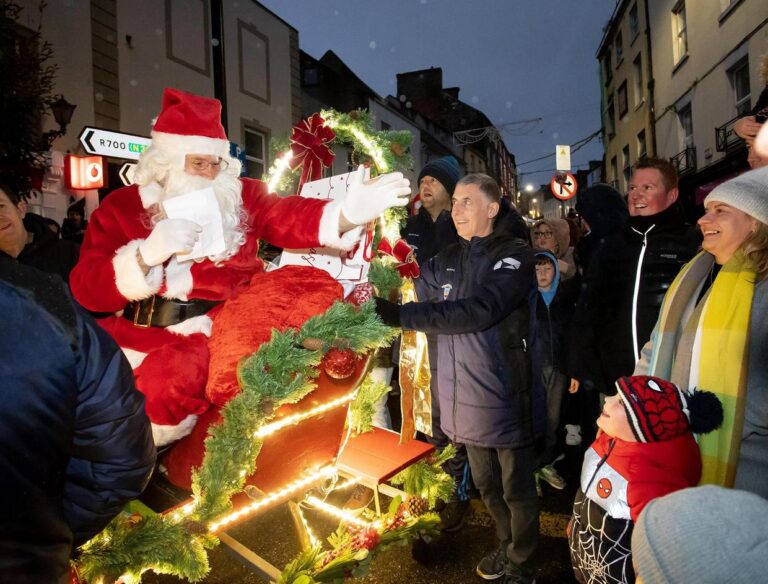 The weather was far from ‘Love Island’ scorching heat but New Ross man and TV show finalist Dami Hope raised the temperature in New Ross on Saturday when the big festive light switch on took place.

Adedamola Adegbefan was on hand with New Ross Municipal District cathaoirleach, Cllr Michael Sheehan and Santa to switch on the lights to the joyous sound of screaming children outside The Tholsel on Saturday evening.

Santa left for the town centre from the old fire station on Michael Street as a parade of music and characters including Paw Patrol and Mickey Mouse – ambled down the hill and through the town centre led by New Ross & District Pipe Band, where a crowd of 1,000-plus greeted them.

There was a celebratory atmosphere as people gathered with hot chocolate and coffees on a cold mid-November evening.

Cllr Sheehan welcomed everyone, especially Adedamola who flew in from London to be the special guest for the event. He urged everyone to shop local this Christmas, supporting New Ross employers and jobs.

At 5 p.m. the lights were switched on and afterwards hundreds of children queued up to receive a selection box from the Man in Red, all facilitated by New Ross Municipal District. 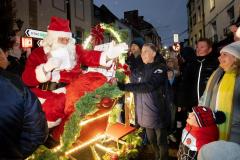 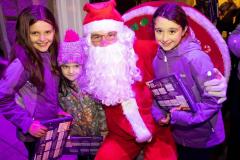 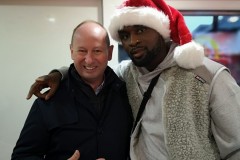 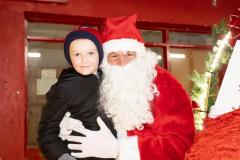 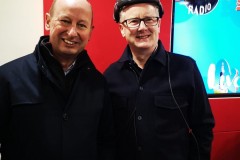 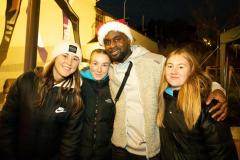 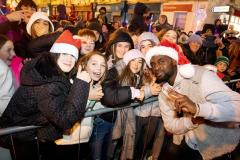