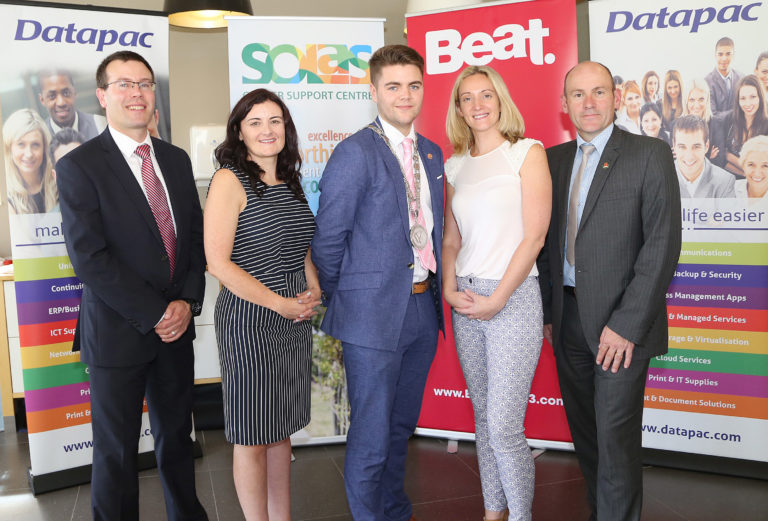 Wexford, 4th August 2016 – Datapac, Ireland’s leading ICT solutions provider, is delighted to announce that, for the third year in a row, it will partner with the Solas Cancer Support Centre and sponsor the 2016 South East Run for Life. The event will take place on Sunday 9th October, and is expected to attract participants from all around the south east.

The Solas Cancer Support Centre is one of the leading cancer support facilities in Ireland and strives to empower those affected by cancer, including family members and carers. It provides the highest quality cancer support services to the people of the south east, including counselling, relaxation therapies and group support services, all at no cost. The centre aims to provide those affected by cancer, their families and carers with a safe place; a place to talk things over, to relax and express emotions.

Each year across Wexford, Waterford, Tipperary, Carlow and Kilkenny, about 2,000 people are diagnosed with cancer. To provide its services, the Solas Cancer Support Centre is 100% reliant on income raised through community support and fundraising initiatives such as the Run for Life.

Every year the centre encourages people to show their support and turn the streets orange by wearing a Solas Cancer Support Centre t-shirt and taking part in the event. Participants can either choose from the challenging 10-mile run, aimed at the more accomplished runner, or the shorter 5-mile ‘Walk for Life’ which is geared towards families and less experienced runners. Last year’s event broke records with over 2,000 people taking part, and the Solas Cancer Support Centre is hoping to achieve the same again this year by attracting 2,500 people to take the challenge.

Brian Creedon, chair, Solas Cancer Support Centre, said: “After last year’s amazing success story we are really looking forward to staging an incredible event on Sunday 9th October, when the streets and roads of Waterford City will once again be a sea of orange t-shirts. The ‘Run & Walk for Life’ is one of the major fundraising events for Solas Cancer Support Centre and we’re aiming to break last year’s record by attracting 2,500 people to take part. Expansion of our services is only made possible through the generous support of the people across the south east and of course our event partners. Datapac has once again been very loyal and passionate in its continued support for this event. We look forward to seeing new and returning faces. Remember, there are no excuses as you can run 10-miles or walk 5-miles, there is a distance and pace for everyone!”

Karen O’Connor, general manager, Datapac, said: “Datapac is delighted to once again partner with the Solas Cancer Support Centre and to launch the 2016 South East Run for Life. The Solas Cancer Support Centre does amazing work and provides extremely important services to those affected by cancer in the south east, but it relies on charitable contributions to be able to continue to provide these services. That’s why Datapac is encouraging people in the south east to dig out their running gear, raise some funds and take part in this year’s run, or sponsor someone who is participating.”

Those who wish to take part in the run can download a sponsorship card from www.solascentre.ie, or collect one from the Solas Cancer Support Centre at Williamstown, Waterford. Sponsorship cards are also available from Beat 102 103 studios and AIB branches.