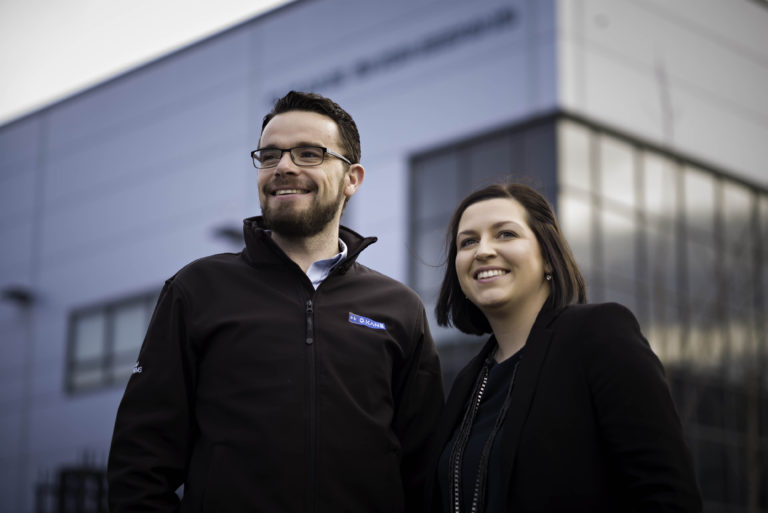 Dublin, 25 January 2016 – Datapac, Ireland’s largest indigenous ICT solutions provider, today announces it has completed the installation of a brand new server solution for O’Kane Engineering. Datapac also moved the company’s communications to the cloud, and implemented an advanced backup solution, which has yielded a number of benefits for the family-run business.

Headquartered in Dublin, O’Kane Engineering is an electrical contracts company founded in 1977. It employs around 100 staff in its head office, second office in Cork and on various sites throughout the country.

The company is saving approximately 25% annually on IT costs since working with Datapac. Other major benefits highlighted include increased staff productivity, improved reliability and better communication with customers.

O’Kane Engineering initially met Datapac to set about upgrading and simplifying its ICT infrastructure – it previously had three separate servers which were all overloaded and often broke down, leaving staff unable to work. Datapac installed a brand new server with multiple virtual machines which could handle the company’s current and future needs in just a few days.

The ICT provider also performed a complete security audit of O’Kane’s infrastructure, and installed a new security solution including anti-virus and firewall, as well as a Datto backup and business continuity solution to reduce the risk of data loss and to provide best possible protection from cybercrime.

Datapac also designed and implemented Microsoft Office 365 and provided training to staff, significantly reducing the workload for their onsite team and freeing them up for more productive, value adding tasks.

Speaking about working with Datapac, Derek O’Brien, project and IT manager with O’Kane Engineering, said: “Datapac has transformed and simplified our ICT infrastructure, allowing us to be more agile, more productive and improve our communications with customers.

“Before Datapac, our servers would go down almost weekly, which could put us out of action for half of or even a full day. As we work very closely with our customers, being able to communicate with them is absolutely vital. Remote access has allowed better communication among all staff, particularly for all our sites. Whenever there’s an issue, I can get in touch with Datapac and it is looked after very quickly, leaving our team free to focus on the job at hand.”

Lorraine Coleman, account manager, Datapac, said: “As a successful and growing business, O’Kane Engineering needed a tailored and integrated solution that would guarantee reliability, speed and scalability. Crucially, the company also needed 24/7 support and Datapac was in a position to deliver this at great value.

“The engineering industry is highly reliant on technology, and it’s very important that Irish companies are not only enabled but empowered by their ICT infrastructure to remain competitive, agile, and ultimately profitable. We’re delighted O’Kane’s experience with Datapac has been so positive and we look forward to continuing to work closely with them.”