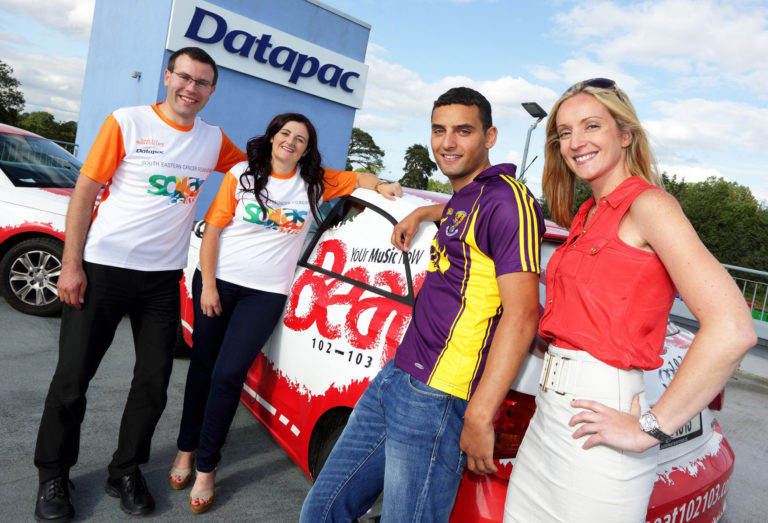 –     20 volunteers and 15 runners from Datapac involved in event

8th August, 2014 – Datapac, headquartered in Enniscorthy, is delighted to announce its partnership with the Solas Centre and 2014 South East Run for Life which will take place on Sunday, October 5th in Waterford city.

The Solas Centre / South Eastern Cancer Foundation is a charity that is 100% reliant on income raised through fundraising to support its services. The Solas Centre is one of the leading cancer support facilities in the country and strives to empower those affected by cancer. The centre offers confidential, individualised support services such as counselling, psychotherapy therapy, massage, reflexology and support groups provided by highly trained individuals in a professional manner, all at no cost to the client.

As part of its partnership, Datapac will be providing a wide range of materials and resources for the event. There will also be 20 volunteers from Datapac who will be involved in the planning and organisation of the run, and 15 Datapac runners who will be participating on the day. Beat 102-103 is the media partner for the event.

Dr. Brian Creedon, Chairman, South Eastern Cancer Foundation, said, “The success of the Solas Centre is down to the generosity and support of all communities across the south east. Our goal is to provide the very best cancer support services to those who have been diagnosed with cancer.  In order to do so we must fundraise through events and this would not be possible without the generous support and resources offered by organisations like Datapac. The South East Run for Life is a wonderful way for people to get out, get fit, have fun and raise money for a good cause.”

Karen O’Connor, general manager, Datapac, commented, “The South East Run for Life is a truly inspiring event. The opportunity to work with the Solas Centre and to give back to the community is something we are excited about and are already very proud of. We would like to encourage everyone in Wexford and the south east to get on their running shoes or donate to someone who is and support this fantastic charity.”

The partnership between Datapac and the Solas Centre was launched yesterday at Datapac’s headquarters in Quarrypark, Enniscorthy, attracting more than 150 Datapac employees and guests. The event was also attended by sporting heroes from across the south east including members of the Wexford Senior Hurling Team, Keith Rossiter, David Redmond and Paul Morris, along with Captain of the Wexford Camogie team Kate Kelly and former Wexford ladies footballer Leona Tector.

For those who wish to take part in the run, sponsorship cards are available to download at www.solascentre.ie, or can be collected from the Solas Centre at Williamstown, Waterford.  Alternatively cards are also available from Beat 102 103 studios or AIB branches.