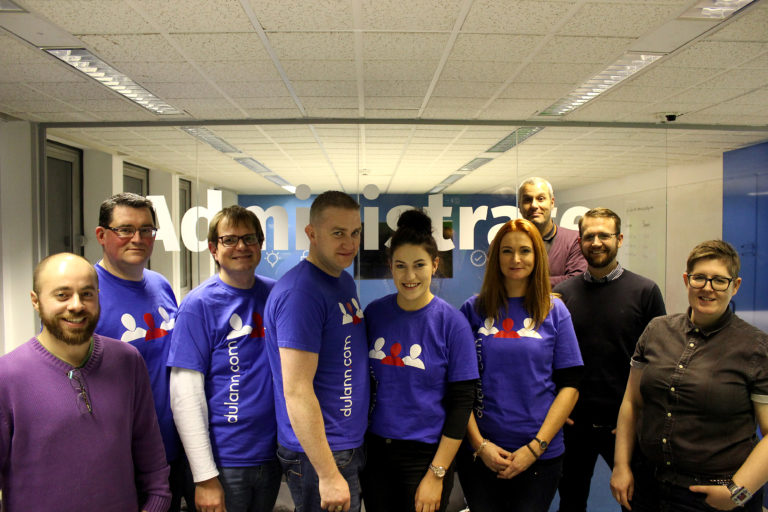 Dulann, one of Ireland’s fastest growing tech companies, has just announced its international expansion by signing a highly significant partnership agreement with Edinburgh based Administrate.

Since being officially launched in Wexford by Minister Brendan Howlin, Dulann have experienced explosive growth in the eLearning Industry. Their impressive client list now reads like a “who’s who” of Industry with large companies such as Glanbia Ingredients Ireland and Greencore Plc among those adapting to a more efficient way of managing and delivering training.

Speaking on the recent development, Matthias Kausch Director of Dulann, has stated that the partnership has the potential to have a very significant and positive impact on high value jobs for Wexford; “Administrate and Dulann offer very complimentary products to the same target market so it just makes sense to collaborate. Administrate currently has more than 270 customers in 30 countries around the world so becoming a preferred partner for content creation should be a real win/win for everyone”.

John Peebles, CEO at Administrate, said the partnership had been formed after meeting Dulann at LITE2016. LITE is the UK’s biggest EdTech event and both companies’ shared similar values of continuous improvement and excellence. Mr Peebles has stated that; “Having a trusted partner that can provide “best in breed” eLearning content to our clients will give us a significant competitive advantage and compliment our offering”.

Both companies believe that any company with more than 100 employees is a potential customer. The eLearning Industry has enjoyed extensive growth in recent years as organisations seek to become more effective and efficient. According to findings in Docebo’s eLearning Market Trends and Forecast: 2017-2021; “The size of the eLearning market globally was estimated to be over USD 165 Billion and is likely to grow by 5% between 2016 and 2023, exceeding USD 240 Billion. It’s also on the rise in areas where it hasn’t traditionally had much presence”.