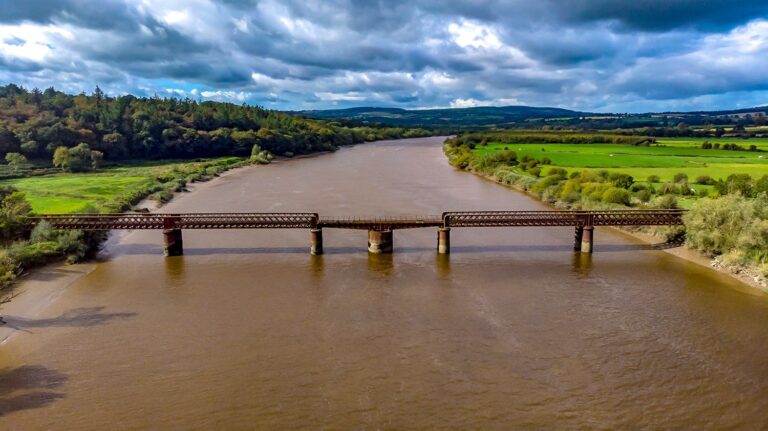 THE New Ross to Waterford Greenway has taken a significant step forward after €9m in funding was announced for the project on Monday.

Minister Eamon Ryan, Minister of Transport, and Hildegarde Naughton, Minister of State, have confirmed the allocation of funding for a range of greenways across the country, including the South East Greenway which is due to open to the public in early 2022.

The increased level of funding will see 100 per cent of the cost for the greenway met by government, whereas previously Wexford County Council was going to have to part-fund the project by as much as 40 per cent.

Work is continuing on the €14m greenway whose main trail head will be at Rosbercon, where signage will direct hundreds of thousands of walkers and cyclists into New Ross across O’Hanrahan Bridge. Glenmore will also be an important access point for the route, as will Raheen.

The greenway is on a 24km disused railway corridor, stretching from Mount Elliott to Ferrybank at Abbey Road.

Passenger services stopped on the route in 1963 and freight in the mid-90s. One of the main features of the greenway will be the 650m long Mount Elliott tunnel.

Cllr Michael Sheehan said: ‘In recognition of the negative impact Covid-19 has had on local authorities, funding will now be provided at a rate of 100 per cent. It’s a game changer that will rejuvenate New Ross and south Wexford putting new investment, energy and enterprise into the area. This is the breakthrough we have been planning and congratulations to all involved. I’m asking the people and entrepreneurs to now engage and maximize the opportunities this will bring.’

Minister of State for Law Reform James Browne said the announcement is a ‘significant boost’ for tourism in the south east region.

‘ This funding represents a huge investment in infrastructure in the area which will open up social and economic opportunities as well as being of environmental benefit to communities in the area,’ said Minister Browne.

The government funding is provided by the Department of Transport to the local authorities in Wexford, Kilkenny and Waterford.

‘ The capital investment will also provide jobs during construction. It will support the refurbishment of the disused New Ross to Waterford Railway as part of the Greenway connecting New Ross to Waterford City which incorporates the Kilkenny Greenway. This cycleway will ultimately form part of an extensive cycling and walking network across the South East region and provide an environmentally friendly alternative for commuters into Waterford and New Ross,’ Minister Browne said.

Minister of State Hildegarde Naughton said: ‘ The allocations of €63.5 million being made today will go a long way in delivering a safe and sustainable environment for active travel in our villages, towns and cities. We are funding the construction of a Greenway bridge across the River Shannon in Athlone as part of the Galway to Dublin Greenway. This investment will support even greater numbers enjoying our outdoors by cycling and walking for school, work and leisure.’

She said: ‘2021 is only the start, we will continue to build on this level of investment over the coming years.’