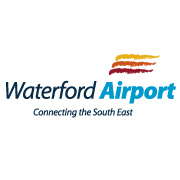 Waterford Airport today announces the resumption of scheduled services to three cities in
the UK beginning on Monday, July 24 with an inaugural service to London Luton at 7.15am.

The services to London Luton, Manchester and Birmingham will be operated by a new airline,
Aer Southeast, an Irish aviation start-up with registered offices at Waterford Airport, who have
very considerable experience in regional aviation and the backing of Irish and Scandinavian investors. The service will use a Saab 340 aircraft that will be based at Waterford Airport.

Bookings can be made for London Luton via the Waterford Airport website, www.flywaterford.com as well as the direct link www.aersoutheast.com, from 9am tomorrow (Tuesday, June 20). Bookings for Manchester and Birmingham on the Aer Southeast website will be available in the coming days and this will be communicated through the Airport’s website and social media accounts.

These scheduled services will provide people with a wide range of travel options through the whole week, and offer numerous possibilities for onward air travel from any of these UK airports.

Ticket prices to all destinations will start from €79 one-way.

Welcoming the announcement, Desmond O’Flynn, CEO, Waterford Airport, said:  “I am delighted that Aer Southeast will resume three scheduled air services to the UK, all of which have proved their worth and their vital importance to the South East over many years.”

He continued: “I am also very pleased to welcome this Scandinavian consortium to Waterford.
We have had detailed discussions with a number of parties since the loss of scheduled services in June last year, but we were very impressed with the aviation experience of the consortium and
their commitment to this project. We look forward to working closely with SkyTruckers [the company behind Aer Southeast], as once again regular and sustainable air links to key cities in the UK are operated over the coming months and years.”