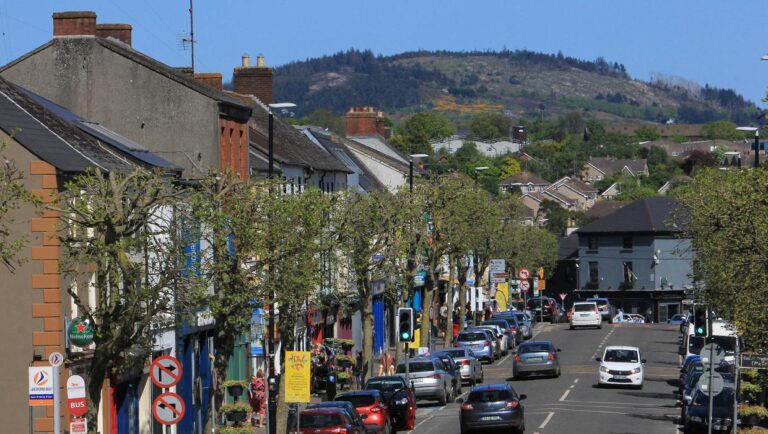 Gorey has come in joint tenth place in the latest Irish Business Against Litter (IBAL) survey, the highest ranking the town has received to date.

The town, which came in joint place with Midleton in the latest survey, previously came in 12th place in the June 2022 results. News that Gorey received its highest score to date was welcomed by Chairperson of the Gorey Tidy Towns Committee, Billy Halford.

“We are absolutely delighted that Gorey has finally broken into the top ten of the IBAL anti litter league,” he said. “It’s a credit to all those who look after our town especially the Council’s street cleaning team, our Tús and CE scheme workers, our volunteers and all of those who keep our streets and public areas clean around the town.”

Eight locations surveyed achieved the highest Grade A ranking, including Gorey Main Street; Market Square car park; Courtown approach road; the Wexford approach road; Gorey Shopping Centre; Gorey Civic Centre; Gorey Town Park; and the Dublin approach road. Esmonde Street was awarded Grade B as moderate levels of litter were found towards the bottom of the street across from Gorey Community School car park. A Grade C mark was awarded to the Bring Facility at Tesco where the site was said to have improved from previous surveys but problems still remained.

Commenting on the result, the IBAL judge said that Gorey demonstrated a very strong performance and was ranked cleaner than European norms.

The Courtown Approach Road was praised for its attractive presentation and “lovely grassy area on the left with picnic tables / wooden bins”. Meanwhile, the colourful planting on Esmonde Street was credited as a welcome addition. However, the report also noted that, despite plenty of litter bins throughout the street, there were “moderate levels of litter-particularly towards the end /bottom of the street” which was all food  or cigarette related. It was also noted that street bins were grimy on Esmonde Street.

Gorey Main Street typically scores very highly in the IBAL report and things were no different this time around. The colourful planting and wooden seating were praised, though it was noted that some of the bins were grimy. Aside from some cigarette butts, Market Square car park had very low levels of litter. However, the graffitti on one wall was highlighted as an issue.

The Wexford approach road was complimented for its attractive planting, while it was noted that its road surface, signage and markings were in very good condition. There was a “virtual absence” of litter along this route.

Gorey Shopping Centre was praised as “an exceptionally clean and well managed environment” that offered good opportunities for the separating of waste within the shopping centre. Gorey Civic Centre was listed as an “attractively laid out public space” which was  was exceptionally clean bar some cigarette butts. The report notes that the space is enhanced by “nice wooden seating, colourful wall mural, planting, grass area with picnic tables and lovely paving throughout”, while they also noted the strong emphasis on community engagement with signage saying “Have Your Say on Gorey Town, Tell us your Views” etc.

It was noted that Gorey Town Park has been enhanced since the previous visit with landscaping, paving and “excellent signage” relating to Gorey District Park Pond and dogs regulations. Other features noted included the Community Apple Orchard, wooden playground equipment, water fountain, Table Tennis Tables, skatepark and colourfully planted area with children’s art. The Dublin Road Approach was said to be in good order with no evidence of litter.

The Bring Facility at Tesco was the only location that ranked Grade C in the IBAL report. It was noted that “motion sensor audio activated notice at this Bring Facility, and yet the dumping prevails, perhaps not to the same degree as previous IBAL surveys but that is from a very low base”. According to the report, large items included discarded rolled carpet materials and items stuffed between and lurking beneath the units was observed, while  broken glass and lids of jars were strewn on the ground.

“A more thorough approach to the actual cleaning and not just the emptying of the units is required to address this. Some of the ‘No Dumping’ signage was peeling off the units. The overall impression created here was a poor one.”