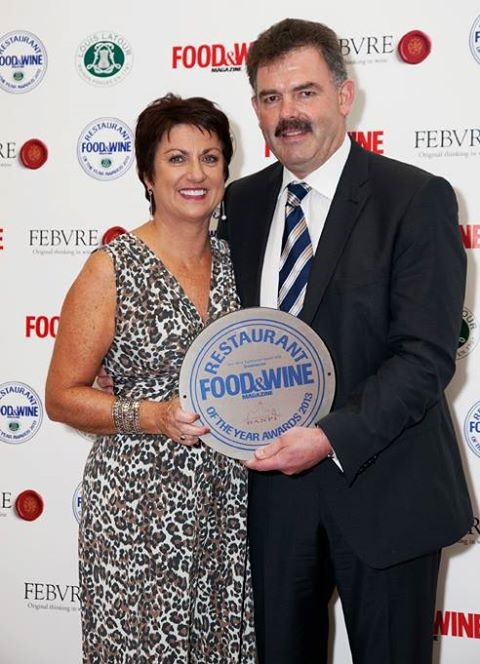 Greenacres Wexford won the Best Wine Experience 2013 in the Food & Wine Restaurant of the Year Awards in Dublin on Sunday last 25th August.

The FOOD&WINE Magazine / Maison Louis Latour Restaurant of the Year Awards, now in its 13th year, are considered the most prestigious and authoritative culinary awards in the Irish calendar.

Recognising the best Irish restaurants and culinary talent, diners from all over Ireland were invited to nominate their favourite restaurants and chefs, with the top entries going forward for deliberation by a national culinary panel of judges, made up of industry experts and national food critics.

The winners were announced at a gala luncheon on Sunday 25 August at The Four Seasons, Dublin 4.

James & Paula O’Connor were absolutely thrilled to win this prestigious award for a second time. James said that it justifies the great effort and hard work put in by the entire team at Greenacres.