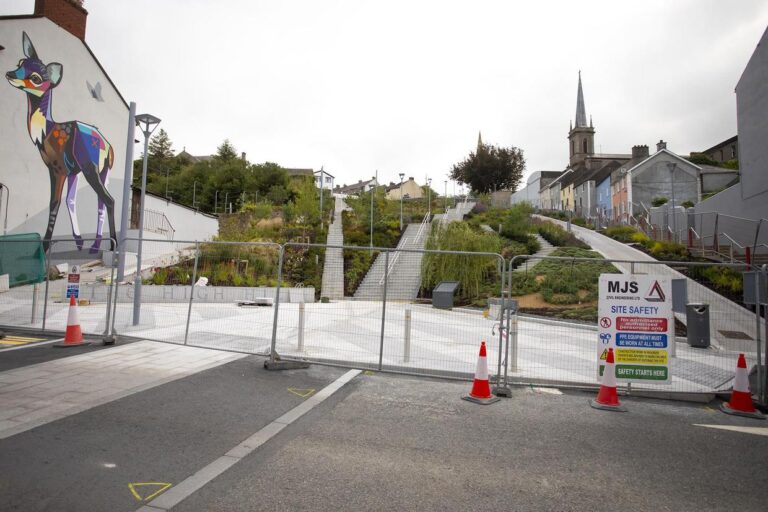 THE High Hill Park in New Ross will open to the public on October 10.

The park – featuring 200 plus steps and two hand carved thrones – will be officially opened by Minister of Justice, Social Protection, Community and Rural Development Heather Humphreys at an event with music and some surprises.

New Ross Municipal District director Eamonn Hore said the finishing touches are being put on the park. The name of the park has been etched in stone at the park landing area in a style that nods to the area’s medieval and Celtic past. The illustration and text for three information signs are being worked on, along with two shields which will feature the coats of arms of William Marshal and Isobel de Clare and will be located beside the thrones midway up the park.

Mr Hore said some planting remains to be completed, while surfacing works in Chapel Lane are being finalised. A historic canon has been moved to more accurately reflect where it was originally set.