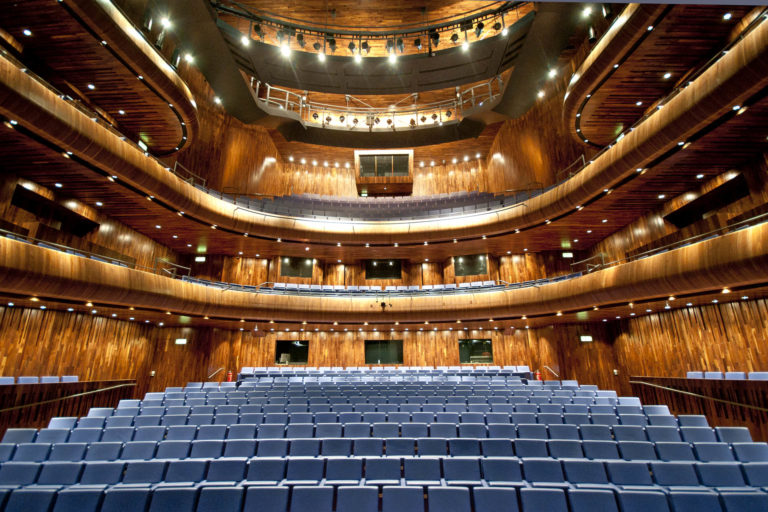 Wexford Festival Opera’s production of Il bravo by Saverio Mercandante was last night named, ‘Best Opera Production’ at The Irish Times Irish Theatre Awards ceremony in the National Concert Hall.  This is the ninth win in this category since the Awards were introduced in 1997. Wexford Festival Opera have also received three other awards in the past including ‘Best Design’ for the opera Pénélope by Fauré in 2005, ‘Special Jury Prize’ for the then newly opened Wexford Opera House, now the National Opera House in 2008 and both the ‘Best Opera Production’ and ‘Audience Choice’ Awards in 2014 for the WW1-based opera Silent Night by Kevin Puts with libretto by Mark Campbell.

Il bravo, which was directed and designed by the duo Barbe & Doucet and conducted by Jonathan Brandini, received extensive international profile last year due to its live-global broadcasts, both through a live EBU broadcast of the opera via RTÉ lyric fm, and also through the first ever live-streaming on RTÉ’s digital culture platform, RTÉ Culture.  Audiences around the world will have another opportunity to view this award-winning opera from 20 April, when Il bravo will be available for streaming on ARTE’s digital on-demand culture channel, Arte Concert, as part of ARTE’s 2019 Opera Season.

Often compared to Verdi in terms of musical style, Saverio Mercadante’s Il bravo (The Assassin) is one of the works in which his comparison to Verdi are most evident. It’s an old tale set in 16th-century Venice about a man who had long ago killed his wife in a fit of jealousy. Unjustly accused of plotting against the state, he has been forced by the Council of Ten to become their secret hired assassin.

From the outset, Wexford Festival Opera has set itself apart with a bold and unique vision: to introduce audiences to the ‘Hidden Gems’ of the opera-world by staging rarely performed operas to the highest artistic quality. It is a vision to which the Festival has held fast for 68 years and one that continues to give Wexford Festival Opera its distinctive character.

Tickets go on sale Saturday, 13 April at 9.30 am for the 68th Wexford Festival Opera, which runs from 22 October to 3 November; thirteen consecutive days and nights of main evening operas, daytime Shortwork operas, recitals and talks. To secure priority tickets in advance, become a Friend of Wexford Festival Opera at www.wexfordopera.com  For full programme details also available on the website.