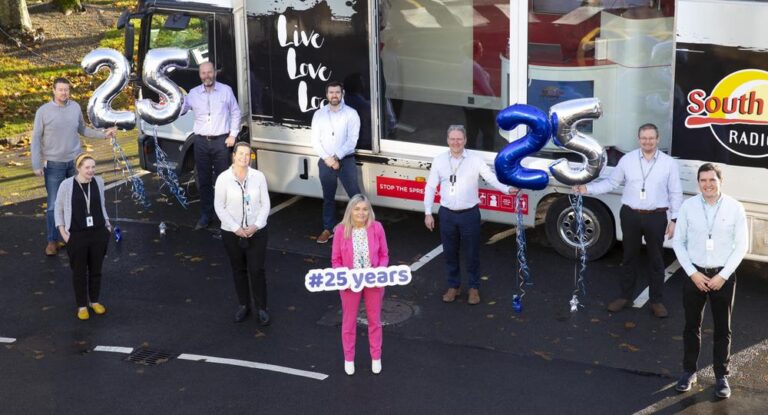 A special bond that’s lasted. When Lake Region opened in New Ross in 1995 it was the place to get a job. Here, staff who have seen the plant grow into the world beater Integer is today speak of their memories.

‘Mighty oaks from little acorns grow,’ the poet Chaucer wrote. Integer has grown to be one of the biggest manufacturers of medial guidewires in the world. Back in 1995 getting a Lake Region job was special. Here workers tell why.

I applied for the job in September 1995. I had watched the factory being built as I was living in Ross at the time. Everyone was excited and everyone was hoping they would get a job in it and nobody believed they would. At the time we were very lucky to get employment in the town. I was only 24 and being on the dole was a thing so it was great to get the job.

I was an operator when I first started. After a three-hour induction on the factory floor I started. I was living on Priory Street at the time so I walked in the dark to work at 6 a.m. I was No. 72. I remember working in a tiny little building with a basic canteen. We had a payphone in the canteen where people would ring home.

I am a team leader 20 years and it was lovely to go from being an operator to team leader. I still enjoy it. I can walk to work and I work with a very good bunch of people. I do four days a week and I’m off four days.

The place has changed. Before everyone knew everyone. We’d all be down to Ronan’s to get rolls. Now we’ve a massive canteen where food is served. We have 900 people. I’ll keep working here as long as I can.

Previous to starting here I was at home in Gusserane looking after the children. It was a huge deal [for me]. I was starting into something new so it was very exciting to start a new job and to do something completely different. You learned a lot about yourself that you wouldn’t have realised that you had that ability. When I started I was No. 24. It was a shell of a building. As time moved on we started to build guidewires more and more as orders came in. It was a very small group of people so the camaraderie was a lot different to what it is now. There are so many people know you wouldn’t know them all.

Our manager was Frank O’Regan and there were two engineers Paudie O’Connor and Ger Reynolds. You went into the production area. You were sat beside someone and learned from that person and then you taught the next person who came in. A few months after I started I became the first trainer on site. I developed into a team leader. In January we started bulk packing guidewires. After a while we realised we needed to make more money so we started a system of single pack packaging.

I did training in Minnesota in the mother company base in Chaska. It was a huge opportunity for me at the time. I went with the quality person and maintenance engineer. We were sent to learn the system and bring it back. Coming back we had to have a clean room which had to be built on site. We set it up and got the packaging up and running. Then we really started making the money. We brought modern practices back to the building.

I handed the first single pack packaging to a customer. We were set up to supply the whole European side of the company. The company was expanded to 60,000sq ft and we’ve had several expansions since having bought the fish factory. I became a trainer. With Covid the teams have pulled very well together and the management team have done great overseeing the site, making sure all of the measures are in place. At times we were worried if we were going to survive this but the management team made sure we kept going.

The owners, the Fleischhackers coming to visit was like your parents or grandparents coming to visit on site. You really felt like you were part of a big family. The mother used to come in and buy us tins of biscuits and we would chat in a circle. It was like talking to your granny.

We were all very young and there was great camaraderie. On the first day we were nearly scared because everything was so clean and so white. I had worked in Driver Harris.

I remember it was quite strict. You had your monthly review with the management team. You were looked after and became part of the family and everyone knew each other. A lot of people who started out did night classes and got on. I started on the assembly floor and moved into the grinding department and when I got pregnant with my first child; after I came back I worked in another department on day shifts. I was able to go into the planning department and worked there for several years and now I’m working in the customer department.

Over the years I did different courses. There have been a lot of opportunities. I remember when I started the Americans came a lot. They would be talking about Lake Region in Chaska. They came over ten, 15 years and we got to talk to them and many formed relationships with them. I remember looking back and I thought I’d never last 12 months, nevermind 25 years.

I have been over (to Chaska) many times. I don’t think I had ever been out of Ireland so it was a little overwhelming going through Chicago airport and when I arrived there was a massive thunderstorm. They ensured we were looked after and every Thursday night was karaoke night. When they visited here we took them to see all the sights like the Dunbrody Ship and Hook Lighthouse. I know it’s a big corporate company now but it’s great to see the family. A lot of people rely on Lake Region for their income for shopping, buying houses etc.

I didn’t even know about Lake Region. Someone told me about it and I got the job. Even on my first day I didn’t know where it was. A lot of people didn’t know where it was and they had applied! I worked in production and did some team leader work in packaging and then in the assembly area so I am a trainer at the moment. When I first started here I said I’d be lucky if I lasted until Christmas and now 25 years later I’m still here!

You were always very nervous starting a job but people looked after you. Everyone was so helpful and always looked out for the new people and that is still there. When someone new starts they assign them a buddy. It’s a small little thing but it helps people from feeling overwhelmed.

During the recession we were all very nervous. We didn’t know if we’d have a job or not. The company looked after us throughout and gave us vouchers and we spend them here in the town which has kept the town going over the years.

Being a Kilkenny person from The Rower, the first year I was here Wexford won the All Ireland. I thought it was a bad start but we were all very supportive of the Wexford people. The company allowed us to work on the Saturday so they could all have the Monday off to celebrate the win. It was very family orientated and if they could accommodate someone they would.

I deferred a year after leaving the Good Counsel and got a job in Lake Region. It was meant to be temporary. I was just gone 17. There were great friendships forged. We were all a similar age and we grew up together. We would all go into town when we finished on a Friday evening a couple times a month. There was a social club here from day one. I remember our first Christmas party in 1995. It was in the Ard Rí hotel in Waterford. We went on a bus.

I started off in production, working in the coil winding area. The company supported me with further education. I went back to college over seven years doing classes at WIT. I got a degree in manufacturing engineering. When I was doing my course the company accommodated me so my shifts were changed. That was all fully supported by the company. I went from working in production to being a supervisor, then once I had my diploma I started in maintenance. Since then I’ve become maintenance supervisor. Now I am engineering group leader for maintenance and facilities.

When I left school I had a different outlook on what I was doing. When some of us started on the bottom floor of the first building was only occupied. It was 1,800 sqm occupied by production and services and now the site is 12000sqm.

I was working in a completely different area: accounting and bookkeeping. There was no such thing as minimum wage. The poor were extremely poor. One of my neighbours got a job here. She was working here and I spoke to her about the job and she told me how much she was earning. She got my number and the next day I got a call for the interview.

The diversity within the company all happened overnight. It came after the ascension countries came into the EU. Then we got more international work in.

I am working directly on the line where you could be working with people from three of four different countries, races, religions. Everyone gets on fine. We joke that we have work husbands and wives in here. The funniest moment I can remember is when I actually got lost in here. I used to work in a pokey office before I started, mainly alone. It was a small company at the time. I can only imagine what it would be like if I started here now. God help me!’