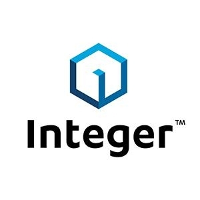 In a positive sign for Integer’s presence in New Ross, the company has imported expensive equipment from America to expand its services in the town.

The medical devices company is Co Wexford’s biggest employer, with around 950 employees.

Senior Director of Operations Pauline Oakes, said: “Integer continually reviews its global footprint requirements to meet future growth. We are experiencing unprecedented demand in our New Ross operations for the innovative products we design and produce that enhance the lives of patients worldwide.

“To support this increased demand, we are currently making investments in additional manufacturing equipment in our New Ross facility.”

Formerly called Lake Region, Integer opened in Butlersland, New Ross, in 1995. It has been growing its operations and staff ever since and in 2018 submitted a planning application for a two storey extension to the front and side of the existing production facility with louvre screening to be located on the new roof.

Possibly due to Covid-19 the extension works have been delayed.

The proposed extension will incorporate new two storey offices and a new reception with a two storey link corridor to the front of the existing facility and new single storey utility building to the rear, forming a new service compound.

Modifications to the existing facade would complement the proposed extension and a new site entrance to the west of the site, including a new single storey security station (15 sqm) and new surface car park relocated from the footprint of the existion together with 50 car parking spaces and associated modifications to the new site layout.

A new 2.4m high security railing to match the existing fence area to the west of the facility is also planned.

Plans to build a major extension at Lake Region Medical under its previous owners were previously granted planning permission in 2014.

Planning has also been granted for a new site entrance to the west of the site including a new security station and new surface car parking, which would replace car spaces relocated from the footprint of the proposed extension, together with 50 new car spaces to provide a total of 377 car spaces.

Integer represents the union of Greatbatc Inc, Lake Region Medical and Electrochem. Each week hundreds of thousands of guidewires are shipped across the globe from the New Ross plant and Integer are industry experts in developing and marketing medical devices to meet unique clinical challenges for stimulation therapy, cardiovascular, neurovascular, peripheral vascular and vascular access applications.