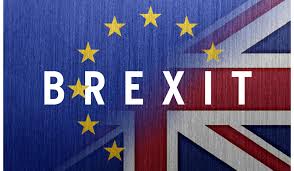 Following on from the UK’s decision to trigger Article 50 of the Lisbon Treaty today (29 March 2017), Chambers Ireland calls on the Irish Government to  continue a concerted, sustained campaign to highlight the unique Brexit issues for Ireland with both our European partners and the UK and to underline its commitment to protecting Irish trade, our border economy and ensuring that Ireland remains competitive.

Commenting on Prime Minister May’s announcement, Ian Talbot, Chief Executive of Chambers Ireland, said “While we continue to regret the UK decision to leave the European Union and recent statements by the UK Government in relation to leaving the Single Market and Customs Union, it is important that the process to enable negotiations to begin has been initiated. We call on all parties in the negotiations to work together to find a deal that will enable Ireland, the European Union and the UK to thrive, creating openness, growth and employment in pursuit of a better world.”

“We welcome the Irish Government’s continued affirmation that Ireland will remain within the heart of the EU. As the negotiations commence the Irish Government must continue to take a strong stand in protecting Irish economic interests, particularly our ability to compete, attract investment and maintain and develop open trading markets.

“Furthermore, given the unique history of the Irish border with Northern Ireland and the importance of free movement of goods and people throughout the island, we call on the Irish Government to strongly advocate on behalf of businesses operating on an all-island basis, in accordance with agreed pan-European policy, so as to ensure continued trade, growth, and prosperity for the all island economy.”