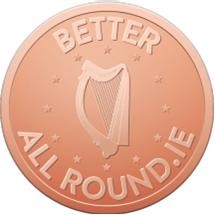 As you will be aware, the national roll out of Rounding will happen on Wednesday 28th October 2015. From that date, where a total bill is being paid in cash and the number of cent to be paid does not end in zero or five, the amount of change to be paid will be rounded to the nearest five or ten cent. The Central Bank launched a communication campaign on Monday to ensure that consumers are fully aware of Rounding in advance next Wednesday. We are getting a great response from retailers throughout Ireland, and are very confident of a very high rate of take-up of Rounding.

Thank you for your co-operation.