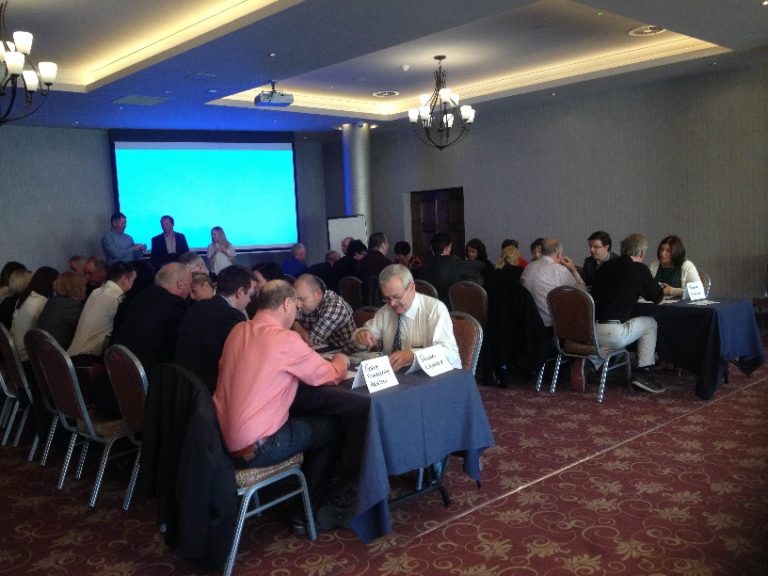 Each attendee had a two minute mini-meeting to make their company pitch to business people from a broad range of different sectors and industries, and then moved on to the next person.

The emphasis was on speed which added to a great atmosphere, one of definite positivity, and possibly more importantly, the number of valuable new business contacts made on the night.

Gorey Chamber CEO Dick White thanked the Chamber staff for organizing the event, the Riverside Park Hotel for hosting the evening and all the Chamber Members who attended.