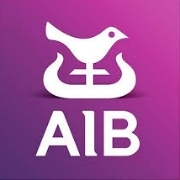 The wave of negative data has started to come through on the drastic impact that the measures to contain the spread  of the  coronavirus  are  having  on  economic  activity. Labour  statistics, such  as  the  rise  of  10  million  in jobless claims in a fortnight in the US, are giving the clearest indication of the immediate and severe effects of the shutdown on large parts of the world economy.

Here, Ireland saw an increase of 330,000 in jobless numbers to over 500,000 in March. It is estimated that the Irish unemployment rate may have risen from below 5% in February to 17% last month. Meanwhile, PMIs for the services sectors have fallen to the troughs seen in the 2008-09 recession in the space of just one month.

Some jaw-dropping forecasts are being published of close to double digit declines in GDP in 2020 for many advanced economies, including Ireland. This is largely due to a collapse in output levels in the second quarter as a result of the lockdowns to contain the coronavirus. The OECD has estimated that the containment measures could see falls of between 20% and 30% in GDP in the second quarter of the year in most economies.

Obviously, the decline in GDP for the year as a whole is critically dependent on how long lockdowns remain in place. The OECD gave a useful rule of thumb that annual GDP growth is likely to decline by up to 2 percentage points for each month that strict containment measures continue.

Quite interestingly, of the almost 50 countries analysed by the OECD, Ireland had the smallest projected decline in  GDP  in  the  second  quarter  at  15%.  This  reflects  the  composition  of  Irish  output  and  exports,  which  is dominated by large multi-national companies operating in sectors such as pharmaceuticals, medical devices, ICT and financial services. These are less negatively impacted than other sectors by downturns in the global economy.

Nonetheless, the domestic economy in Ireland is experiencing a severe contraction, as labour market data show. Other noteworthy data published last week in Ireland were the Exchequer Returns for March, which showed a big rise in government spending and a decline in tax revenues. As elsewhere, Ireland is heading for a blow-out budget deficit this year.

In a strong opinion piece in the Financial Times, the widely respected, former President of the ECB, Mario Draghi, argued that it is the duty of the state to deploy its balance sheet to protect citizens and the economy against  shocks  that  the  private  sector  is  not  responsible  for  and  cannot  absorb,  such  as  the  coronavirus pandemic. This means greatly increasing public debt.

The challenge for public policy is to act with sufficient speed and strength to prevent the coronavirus recession morphing into a prolonged depression. Mr. Draghiargues the alternative to the state offsetting much of the hit to  private  demand  would  be  much  more  damaging  to  the  economy  and  eventually the  public  finances.  He noted that with interest rates being kept very low, higher public debt levels will not add to servicing costs.

Despite  all  the  bad  data  on  economies  published  last  week,  stock  markets  were  relatively  calm. Meanwhile, debt  markets  had  no  problems  absorbing  high  levels  of  fresh  supply  from  governments  and  corporates, reflecting the fact that central banks will underpin the market.

It may also be the case that at this stage, financial markets have priced in a very steep declinein outputin this quarter. The key questions now are, how long the shutdowns will lastfor and how strong will the rebound in activity  be  when  it  arrives.  In  this  regard,  there  are  some  signs  in  a  number  of  European  countries  that  the coronavirus  outbreak may  be  reaching a  peak. If  the  number  of  cases falls  back  appreciably, then  lockdown measures could start to be eased later in the month.