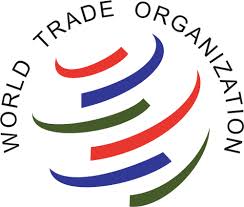 The International Chamber of Commerce (ICC) Ireland has called on World Trade Organisation trade ministers to ensure rapid implementation and ratification of the WTO Trade Facilitation Agreement (TFA). The call comes following reports that a small number of WTO members have proposed postponing implementation past the July 31st deadline.

In a letter sent to over 100 trade ministers worldwide, ICC Chairman Harold McGraw and Secretary General John Danilovich forewarn trade ministers that failure to meet the deadline would stall multilateral trade liberalization momentum and prevent developing and developed countries alike from reaping the benefits of the deal, which would lead to significant increases in growth worldwide.

Speaking this morning, Ian Talbot, ICC Ireland Secretary General said, “If fully implemented by all WTO members, the TFA and associated reforms could deliver over time an additional US$1 trillion to the world economy, generating as many as 21 million jobs in the process. Progress now should not be held hostage to further delays that would jeopardize the wider economic benefits for us all—businesses, governments and consumers.”

ICC Chairman Harold McGraw added: “Business and governments must cooperate and the voice of business needs to be louder. On behalf of millions of businesses and associations worldwide, ICC continues to work with governments to identify and prioritize areas where results can be achieved by WTO members.”