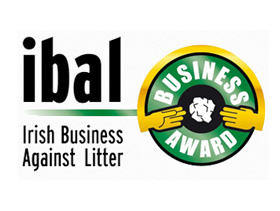 Another excellent result for consistent Wexford – both the North and South Main Street were top ranking sites despite plenty of activity on a busy Friday in December.  Wexford Borough Car Park at Tourist Office wasn’t just clear of litter but exceptionally well presented (facilities within) and maintained.  The Omniplex had been a seriously littered site over a long number of years – this time around it was moderately littered so it is certainly a lot better than previous IBAL Anti-Litter surveys.

South Main Street:  Grade A.  Wexford was surveyed on a busy Friday in December – despite the high number of pedestrians this was an excellent site.  Only a few years ago this street was frequently a littered one but since the resurfacing / repaving it was a much fresher environment.

North Main Street:  Grade A.  A very fresh and clean shopping street with the individual shots nicely presented.  Surveyor noted that the Abrakebabra was more in keeping with the streetscape than the usual signage / branding associated with such a fast-food outlet.

Selskar Abbey:  Grade A.  Site was surveyed from outside.  The area visible through the two separate gate entrances was spotless and the street paving surrounding it was clear of all litter.

Bull Market:  Grade A.  Market was open on day of survey with a variety of stalls operating within.  Despite several food outlets (and opportunities for littering) it was clear of same.  Cigarette butts were pronounced at the bottom of the steps at the back exit to the market.  The main entrance had some very good visitor information notices.

Approach from N11 – Dublin:  Grade A.  A clean and fresh approach road into Wexford – not only was it clear of litter but it was very well maintained.  The large expanse of grass to the left on the way into the town was in very good order.

Rosslare Approach:  Grade A.  This is always a very well presented and maintained route – things were no different this time around.  All aspects of the area surveyed were in very good order.

Gorey Approach Road:  Grade A.  A slightly more rural route into Wexford than the other two approaches – no litter was reported.

Recycle Facility at Wexford Borough Car Park over the Bridge:  Grade A.  A small facility for bottles, newspapers, clothing and mobile phones.  Some of the containers for recycling were for different charities – these had notices on them indicating a telephone number to ring whenever recycle bins were full. A very clean and tidy recycle facility – clearly it is very well respected and maintained.

Omniplex:  Grade B.  (Rosslare Road).  For a long number of years this was a seriously littered site due to the state of the area to the rear of the building – this has been tidied up and now the litter just resides in the shrubbery area surrounding the car park – a wide variety of food related litter was found.