Our story is yours. Happy 60th Anniversary! 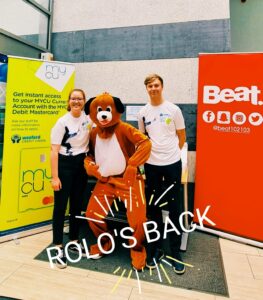 The quay was buzzing, and those that came down enjoyed complimentary teas/coffees from the Cheeky Cod & Ice-creams from Scúp paid for by Wexford Credit Union.

Beat FM provided entertainment, music, and games in the office on Anne Street, and delicious cupcakes from Bella’s Kitchen were enjoyed by members also.

Wexford Credit Union has been at the heart of the Wexford community since its inception in 1962. It is hard to believe that the first recorded financial report showed a Share Balance of £56 and a membership of 14, a far cry from today’s figures with assets worth more than €300 million and over 44 000 members; now one of the largest credit unions in Ireland.

Wexford Credit Union Ltd is regulated by the Central Bank of Ireland.