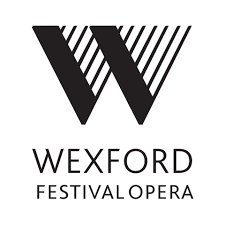 Waiting for Shakespeare …The Festival in the air

This October audiences across Ireland and around the world will have a chance to experience a taste of the magic of Wexford Festival Opera at home. Due to the ongoing Covid-19 pandemic, this year’s reimagined Festival ‘Waiting for Shakespeare …The Festival in the air’ will be an online celebration, starting on 11 October and running over eight consecutive days. This reimagined Festival aims to bring together audiences and the wider worldwide Wexford community through the power of music.

Wexford Festival Opera, RTÉ and ARTE have joined forces once again to ensure that every magical moment will be available for audiences to enjoy for free from the comfort and safety of their own homes.

Today details were announced of how audiences can access at home, with unforgettable events and performances to be streamed/ broadcast across RTE.ie/ lyric fm, arte.tv and Wexfordopera.com.

This performance of Rossini’s Petite messe solennelle, considered one of the most remarkable compositions of his career, demonstrated by his use of beautiful, memorable melodies and rhythmic vitality, is dedicated to the memory of the victims of the COVID-19 pandemic. Performed in its original version from the stage of the National Opera House with two pianos, harmonium, four soloists and chorus, it will be conducted by Kenneth Montgomery with instrumentalists Finghin Collins (first pianist) , Carmen Santoro (second pianist) , Andrew Synnott (harmonium) , and soloists Claudia Boyle (soprano), Tara Erraught (mezzo soprano), Pietro Adaíni (tenor) , John Molloy (bass) and the Wexford Factory Ensemble.

The production is, as well, part of the cultural partnership between ARTE and RTÉ established to promote Irish arts and culture across Europe.

Irish soprano Celine Byrne will perform in a very special dinner time recital from the stage of the National Opera House.

Six days, six episodes, 15 mins each – watch the story unfold. Giuseppe Verdi was inspired to write his final opera Falstaff, based on one of Shakespeare’s most beloved characters, when he was nearly 80 years of age. The members of the Wexford Factory (a professional development academy for young Irish singers) will perform a six-part mini-series rendition of Verdi’s masterpiece Falstaff over six consecutive days. Follow the chronicles of the fat knight, Sir John Falstaff, as he attempts to seduce two married women in an effort to gain access to their husbands’ wealth. Music Director: Carmen Santoro, Director: Roberto Recchia, Designer: Serena Treppiedi, Lighting Designer: Eoin McNinch.

Music critic and The Irish Times contributor, Michael Dervan, meets up with three ground-breaking international artists to discuss the past, present and future of opera.

Composer and Artist-in-Residence, Andrew Synnott’s new opera commissioned by Wexford Festival Opera is based on the Shakespeare narrative poem, The Rape of Lucrece, about the legendary Roman noblewoman Lucretia. What Happened to Lucrece is written for four singers and piano, and will be performed on three separate evenings. Each performance will have a different ending; one tragic, one farcical and one romantic. Viewers are invited to vote on their preferred ending.  Libretto by Alessandra Binucci and Rosetta Cucchi. Sung in English. Conductor: Andrew Synnott, Music Director: Andrea Grant, Director/Designer: Rosetta Cucchi, Lighting Designer: Eoin McNinch, First Pianist Giorgio D’Alonso, cast: Sarah Richmond (Lucrece), Rory Musgrave (Sextus), Sarah Shine (Fran), Kathleen Norchi (Collatline).

This year’s Gala Concert, hosted by Artistic Director Rosetta Cucchi and RTÉ Lyric FM presenter Marty Whelan will feature performances from some of the most famous and outstanding stars from the opera world, all of whom have appeared in Wexford in the past. Wexford Festival Opera has historically served as a springboard for many young singers at the beginning of their careers onto the international stage and while they have gone on to lofty careers, Wexford Festival Opera has always remained in their hearts.  It is with great honour that we welcome them back to perform for you once again – from their homes to yours.  It will include mezzo-soprano Aigul Akhmetshina, bass baritone Simone Alberghini,  baritone Nicola Alaimo, mezzo-soprano Daniela Barcellona, baritone Paolo Bordogna, tenor Joseph Calleja, baritone Roberto de Candia, soprano Helena Dix, soprano Anne Sophie Duprels, tenor Juan Diego Flórez, baritone Igor Golovatenko, tenor Dmitry Golovnin, soprano Sophie Gordeladze, soprano Ermonela Jaho, mezzo-soprano Rachel Kelly, baritone Leon Kim, baritone Alessandro Luongo, mezzo-soprano Raffaella Lupinacci, soprano Angela Meade, tenor Sergey Romanovsky, baritone Luca Salsi, tenor Levy Sekgapane, Soprano Mariangela Sicilia, mezzo-soprano Nora Sourouzian and tenor Noah Stewart.

A special concert live from the stage of the National Opera House with the internationally-renowned American lyric coloratura soprano Lisette Oropesa, accompanied by the Wexford Festival Orchestra, conducted by Francesco Cilluffo.  Lisette Oropesa is one of the most in-demand lyric coloratura today and who has triumphed in various roles throughout the most important houses in Europe and the US.

Each day a series of pop-up events comprising multidisciplinary performances featuring music, drama, singing and dance, will be performed in non-traditional settings around Wexford town. All pop-up events will be streamed on Wexford Festival Opera Facebook page live each day.

“This has been a very challenging year but sometimes from hard rocks come beautiful flowers and the partnership between WFO and RTÉ will bring this flower into every house waiting for our return to theatre and to be together in Wexford again.”

“Wexford has faced many challenges over its long history. We were therefore determined to meet the current challenge by keeping the spirit of Wexford shining brightly and bringing Wexford and its magical performances to audiences worldwide. The further development this year of our existing collaborative partnership with RTÉ will enable audiences across the country and around the world to experience, enjoy and be enriched by live performances safely and free-to-view across RTÉ’s extensive online culture platform and on RTÉ lyric fm. This year of all years this is a really strong example of RTÉ truly supporting the arts.”

“RTÉ’s partnership with the Wexford Festival Opera, and with ARTE, has continued to innovate to bring the best in arts and culture to a wider audience, wherever they are. Our successful experiments with live streaming Festival performances over the last two years has prepared us well for this year’s reimagined online Wexford Festival Opera. While we look forward to seeing audiences return to live shows, we have made the streaming of high quality events a central element in the RTÉ’s promotion of arts and culture to Irish audiences, both at home and abroad, and we are once again proud to be involved.”

“During these difficult times for the international cultural landscape, we are more than happy to return, alongside RTÉ, to Wexford Festival Opera, a partner of the ARTE Opera Season since 2018 and one of Europe’s most exciting opera festivals. We are proud to present Rossini’s “Petite Messe solennelle” to audiences in France and in Germany as well as all over Europe and the world.

With the ARTE Opera Season 2020-2021, ARTE proposes for the third time in partnership with more than 20 European opera houses and festivals a digital opera season, freely accessible worldwide. We aspire to present the best, the most ambitious and the most relevant from stages all across Europe – productions that make opera the living and thriving art form it is.”

For full details of ‘Waiting for Shakespeare …The Festival in the air’ and to download the brochure go to wexfordopera.com

Wexford Festival Opera would like to thank the Arts Council, Wexford County Council, Fáilte Ireland/Ireland’s Ancient East and the Festival’s Friends, sponsors and donors. It is only through their invaluable support that Wexford Festival Opera can, in turn, continue to reach out on a global scale to enrich, entertain and enlighten audiences during these uncertain times.