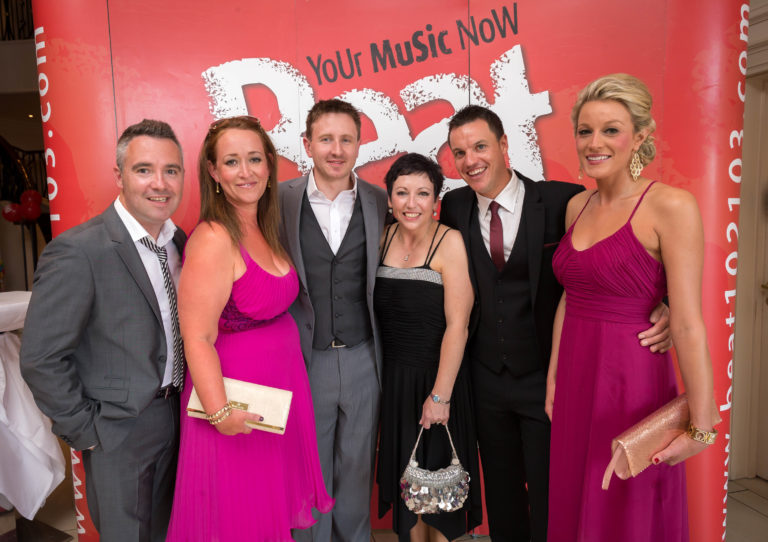 The South East based regional radio station also secured two bronze awards  at the event.  It was a hugely successful night for Beat 102-103 at the Love Radio Awards in Dublin on Friday November 15th 2013.  The regional radio station took home the Gold Award for Radio Station Sales Team of the Year (Local/Regional). The Love Radio Awards are all about showcasing the amazing, vibrant creative medium and honouring the very best in creativity in Irish radio.

The Beat 102-103 Sales Team is led by Sales Director, Liam Dunne, with account executives in each South East county and support staff at the Broadcast Centre, Waterford. The team had taken the bronze award in this category last year. After a strong performance this year in continuing difficult economic circumstances, the Beat 102-103 team secured the top prize, beating off stiff competition from other regional and local stations.

Beat also won the Bronze Award in the Best Station Promotion category for our tenth birthday on-air campaign, #BeatIsTen. To mark the station’s milestone birthday on July 1st 2013, Beat launched an extensive programming and promotional campaign, including on air features, social media activity, and a street campaign led by the Beat Fleet and presenters.

Beat 102-103’s innovative driving campaign with the Road Safety Authority, Change The Message Change the Attitude, took the Bronze Award in the Government/Public Sector category. The campaign, which was a partnership between Beat and the station’s Dublin saleshouse, UTV Radio Solutions, encouraged listeners to change their voicemail to show they were serious about road safety.

Gabrielle Cummins, CEO and Programme Controller of Beat 102-103, said “I’m absolutely delighted for Liam and his team. They do a fantastic job and they all work so well together in ensuring all of our valued clients are well looked after. It’s a great acknowledgement of their dedication over the last number of years. This year, being our tenth year, it really is a great boost for everyone at Beat 102-103.”