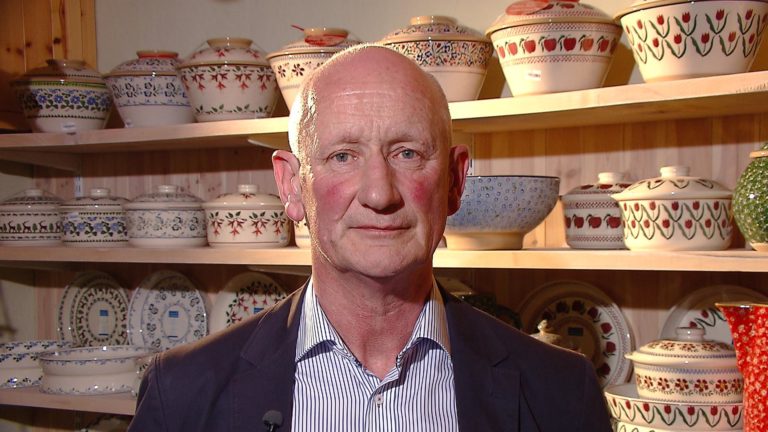 Hurling Manager Brian Cody has come on board as a Bid Ambassador for the Three Sisters 2020 – the partnership of the cities and counties of Waterford, Wexford and Kilkenny whom are jointly bidding for the 2020 title of European Capital of Culture.

Brian Cody is regarded as one of the greatest managers of Ireland’s national game and has been in charge of the uber successful Kilkenny Senior Hurling Team since 1998. It has been said that Cody lives and breathes hurling and there is no doubt that he derives much enjoyment from the ancient Gaelic game of some 3,000 years of age and what is the world’s fastest field sport.

Commenting on what inspires him in the region and his support for the Three Sisters 2020 Bid, Brian says, “I am delighted to be associated with the Three Sisters 2020 Bid. We have a lot to offer in this region; one of my favourite places is along The River Nore which defines our county in so many ways as it flows right through, it is an immense presence here for all of us, famous for our trout and salmon fishing and you can see its sheer beauty and splendour as it flows through the City and on to Thomastown and Bennettsbride and onwards to join up with its sister Rivers the Suir and the Barrow.

Nowlan Park is also a place of huge inspiration for me and for all in Kilkenny, it is the home of Hurling and GAA in Kilkenny and every young fella who ever dreamed of wearing the famous black and amber jersey. Our national game is something of course that the whole South East region is famous for; Waterford, Wexford, Kilkenny are all counties immersed absolutely in Hurling.

This region stands out for me as the South East has always been a gateway to Europe even back to when the Vikings landed in Waterford and the Normans in Wexford and the huge European influence as a result of these arrivals can be seen right throughout the very fabric of the whole region. If the South East is successful in its 2020 Bid it would mean an opportunity to share our regional heritage for all of us to further work together to make a difference from the point of view of our heritage, our culture, the arts and tourism. It is something that will be absolutely mutually beneficial for the entire South East.”

Brian is hugely passionate about the Bid and is asking the people of the South East and beyond to join him in supporting the Bid, “Join me and do your ‘Bit for the Bid’, and join us at www.threesisters2020.ie”

Three ambassadors have teamed up with the Three Sisters 2020 Bid; joining Kilkenny-man Brian Cody is Wexford-man and author Eoin Colfer and Waterford-man and music festival director Vince Power whom have both also joined the South East’s Bid team.

Watch Brian Cody’s video for the Three Sisters 2020 Bid at www.threesisters2020.ie and get involved and support the Bid on the site. The ‘Three Sisters 2020’ can also be found on Twitter, Facebook, Instagram and YouTube at ‘Three Sisters 2020’. The websites’ ‘Get Involved’ page allows everyone to submit his or her thoughts and ideas on what the European capital of Culture 2020 in the South East might look like.

The European Capital of Culture is designated by the European Union for a period of one calendar year during which the host city or region organises a series of cultural events with a strong European dimension.

The South East’s Bid name and website www.threesisters2020.ie draws on the three rivers of the three counties, The Barrow, The Nore and The Suir. It re-affirms the connection amongst the three South East counties and also sets the unique regional Bid apart from the other single city bids.