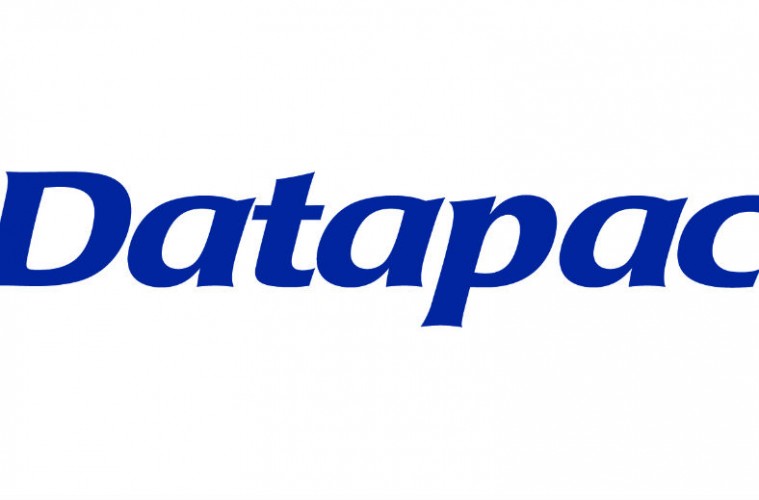 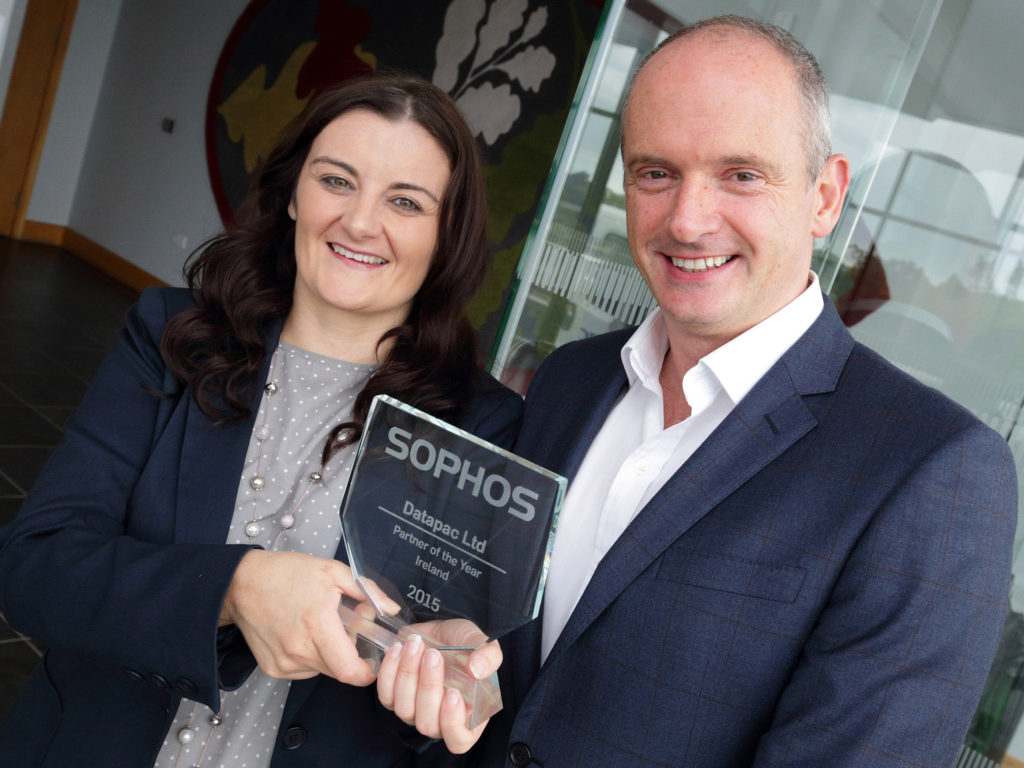 Dublin, 11 August 2015 – Datapac, Ireland’s leading ICT solutions provider, has been awarded Sophos Irish Partner of the Year 2015, marking the third year in a row the company has received this award. Datapac was chosen due to its strong ability to identify and secure growth from existing and new customers using Sophos solutions, as well as its commitment to providing excellence across the entire spectrum of the Sophos IT security portfolio.

Over the past year, Datapac secured an increase in sales of 79% on the previous year.

Datapac grew its revenues by 50% from its existing base of IT security customers by introducing additional Sophos products and services. It also expanded its overall number of customers using Sophos by 80%, including BAM Ireland, Kefron and Nutribio / Cooperative Animal Health Ltd.

The growth created by Datapac comes at a time of a large increase in cyberattacks and a growing realisation of the importance of IT security. Sophos is a world leader in this area and provides solutions to over 100,000 businesses in over 150 countries worldwide. The Irish Partner of the Year was announced at the 2015 European Sophos Partner Connection Conference, held in Rome.

Speaking about the award, Karen O’Connor, general manager service delivery, Datapac, said: “This award recognises the huge growth that we have enjoyed with Sophos in the Irish market over the past year. We hold the highest levels of accreditation with Sophos and have a deep understanding of their products. More importantly, we understand the complexity of the threat landscape and its impact on Irish organisations, and we can implement the best-fit solutions to combat this.”

Dermot Hayden, Sophos country manager, Ireland, added: “We’re delighted to once again present this award to Datapac in recognition of its outstanding ability to increase growth in Sophos solutions in Ireland. Information security has never been a bigger priority and it’s important that Irish organisations are protecting themselves through trusted solutions like unified threat management, mobile security and end user protection.”

Datapac and Sophos recently hosted a seminar entitled Redefining IT Security for your Business, looking at the current landscape for IT security in Ireland in the Dean Hotel, Dublin 2. Speakers discussed the latest trends in cybercrime, including a worrying increase in malware attacks, and emphasized the need for organisations to have an integrated IT security infrastructure.

Datapac is one of Ireland’s largest and most successful ICT solutions and services providers. Established in 1982, it has been at the forefront of technology innovation in Ireland for the past three decades.

Datapac partners with many of the leading global technology companies such as Cisco, Citrix, EMC, HP, IBM, Microsoft, Sophos and VMware, holding advanced levels of accreditation with each one.

More than 100 million users in 150 countries rely on Sophos as the best protection against complex threats and data loss. Sophos is committed to providing complete security solutions that are simple to deploy, manage, and use that deliver the industry’s lowest total cost of ownership. Sophos offers award winning encryption, endpoint security, web, email, mobile and network security backed by SophosLabs – a global network of threat intelligence centres.

Sophos is headquartered in Oxford, UK.