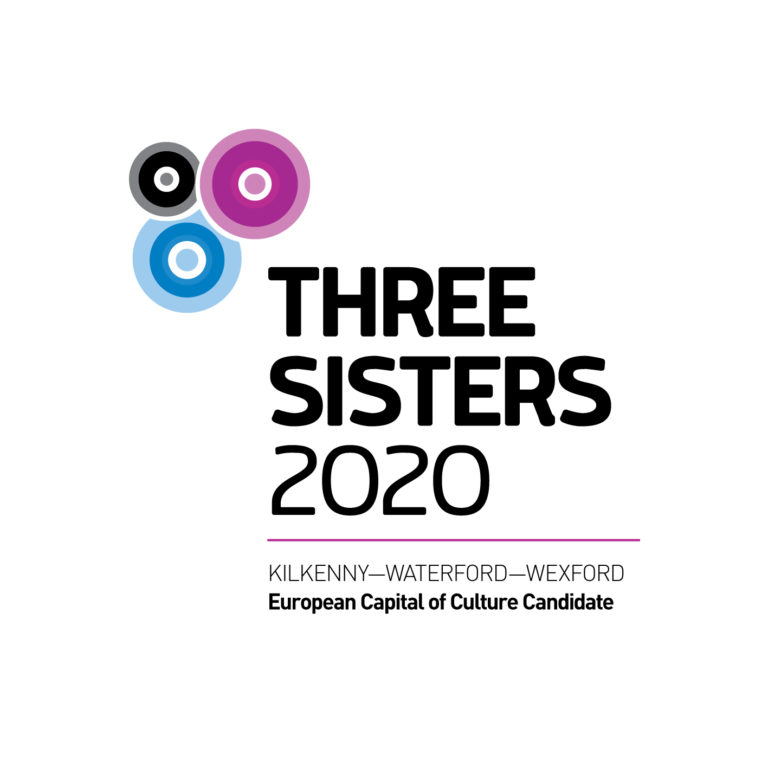 The Three Sisters 2020 Bid is being prepared by the three Counties of Waterford, Wexford and Kilkenny. It will be a strategic development process offering significant social, economic and cultural returns over the next generation.  The regional bid will be lead by Waterford, as the primary city in the region.

Some of the primary benefits of developing the ECOC Bid include raising the profile of the South East and development of a regional identity, increasing the competitiveness of the region, the development of a cohesive cultural tourism proposition for the region and improving ways of working together.

A Bid Team, comprising of local authority staff from the three counties as well as advisors, has been set up to develop the Bid. Consultation with a variety of stakeholders, including the cultural and creative industries, tourism sector, local authorities and with the public, has commenced. Our regional brand is named Three Sisters 2020. Three Sisters 2020 has developed an interactive and participatory website where general public are encouraged to “Do Your Bid for the Bid” and enter suggestions how they would like to see European Capital of Culture celebrate the culture of the South East. A mobile unit will be situated at festivals and venues during the summer months as a visible presence in the three counties. Support for the Bid by the all the sectors living and working in the region is vital to its success.

A Bid Book will be presented to the Judging panel (10 independent Judges from the cultural sector from across Europe) in October 2015. If successful in the initial short-listing, the team will develop a more comprehensive application for final judging (Summer 2016).

Hashtags #Bit for the Bid #threesisters2020