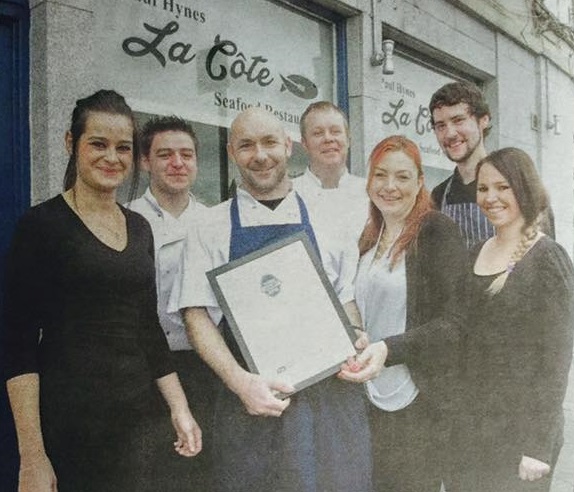 Wexford chef Paul Hynes, of La Côte, has been on something of a roll lately.  Just days after being awarded the title of Georgina Campbell’s ‘Best Seafood Restaurant’, Paul’s La Côte restaurant on the Quays has been honoured by YesChef magazine which awarded him the ‘Best Seafood Restaurant’ in its newly announced 2016 awards.  Paul said the award was a tribute to all in his team at La Côte.