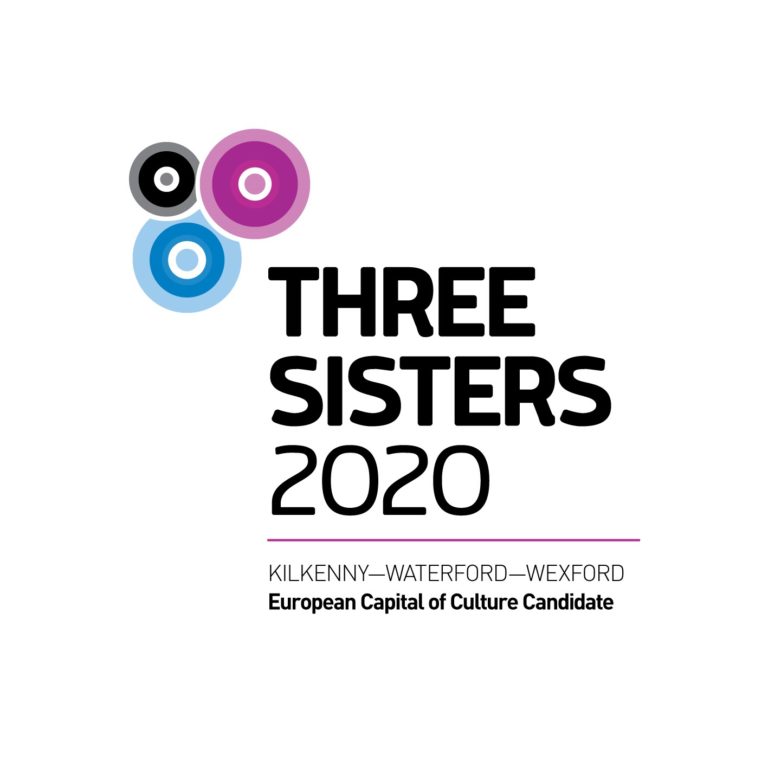 The Bid for the title of European Capital of Culture 2020 is one step closer for the Three Sisters region of Waterford, Wexford and Kilkenny as our Bid has today (Friday, November 13) reached the shortlist stage.

The shortlisting was announced at Dublin Castle this afternoon after the Selection Panel considered a comprehensive bid document and an intensive interview with each of the bid teams from Dublin, Limerick, Galway and The Three Sisters.

Limerick and Galway were also selected for the shortlist from the four Bids. The European Capital of Culture title which is regulated by the EU Commission will be awarded jointly to an Irish and Croatian city in 2020.

In mid-October the Three Sisters Bid book was officially filed with the Department of Arts Heritage and the Gaeltacht. Theeighty page document which outlines the regional vision by the Three Sisters offers an insight to its people and includes lots of passionate ideas and suggestions submitted by members of public during the Three Sisters public consultation period.

Following an analysis of the Bid book the Bid team along with cultural, educational, business and public representatives from across the region presented the Bid vision to a panel of 10 adjudicators today (November 13) at Dublin Castle.

Commenting on today’s result the Three Sisters Bid director Michael Quinn said, “We are very proud of the Three Sisters Bid submission, the entire team along with all of the people from the Southeast region collaborated to create a very unique proposition for Europe and we are delighted to be shortlisted for the 2020 title. The support demonstrated for this bid has been tremendous and I would like to congratule and thank everyone involved. All of the Bids submitted proposed a unique and high quality programme and the Three Sisters had some very tough competition, we would like to congratulate Limerick and Galway for also securing places on the shortlist. From here a lot of hard work will be carried out in the Three Sisters region with a view to securing the title for 2020, we will continue to build on the strengths of the campaign and engaging and working collaboratively with as many interested parties as possible over the next 8 months.”

The Three Sisters Bid book will now be published on www.threesisters2020.ie.

IT’S YOUR BID! GET INVOLVED! In a bid to win the title of European Capital of Culture for Ireland in 2020 the three counties of Kilkenny, Waterford & Wexford have …

The next stage of the ECoC 2020 competition will require a more comprehensive bid document, a visit by the Selection Panel to the region and a presentation at the final selection meeting in July 2016.