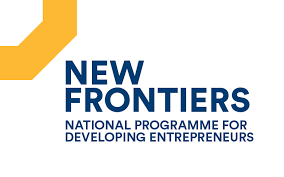 Waterford Institute of Technology (WIT) is inviting new and prospective entrepreneurs in the south East to apply for its New Frontiers Entrepreneur Development Programme as the first phase will be starting in September.

Those interested in applying should have a well thought-out innovative business idea or technology that has the ability to be developed into a scalable high potential start-up company.

They should also be able to spare three hours on one evening a week to take part in the programme which is based at the ArcLabs, the innovation hub based on WIT’s west campus in Carriganore.

‘With phase one being one evening per week, it gives people the opportunity to investigate their start-up idea in stealth mode, surrounded by other like-minded people, giving it the best chance for success. Past participants say the free course has saved them from making the wrong financial decisions in relation to their business, as well as giving them the tools to take their idea or start-up to the next step,’ a spokesperson for WIT said.

The programme is free of charge and lasts for eight weeks, and following this phase two will be available to begin in December.

‘This gives people the chance to work further on their business while getting paid to do so. If you believe that you are capable of building a new company, creating employment and generating revenue and export sales from Ireland, act now and apply for a place on Ireland’s largest entrepreneur development programme,’ the spokesperson said.

Throughout the programme, supported by Enterprise Ireland, participants will also hear business advice from start-up promoters, those previously involved with the programme and from others within the network about their start up journey.

The deadline for applications is Monday, September 2 at 4 p.m. and applicants can apply online HERE