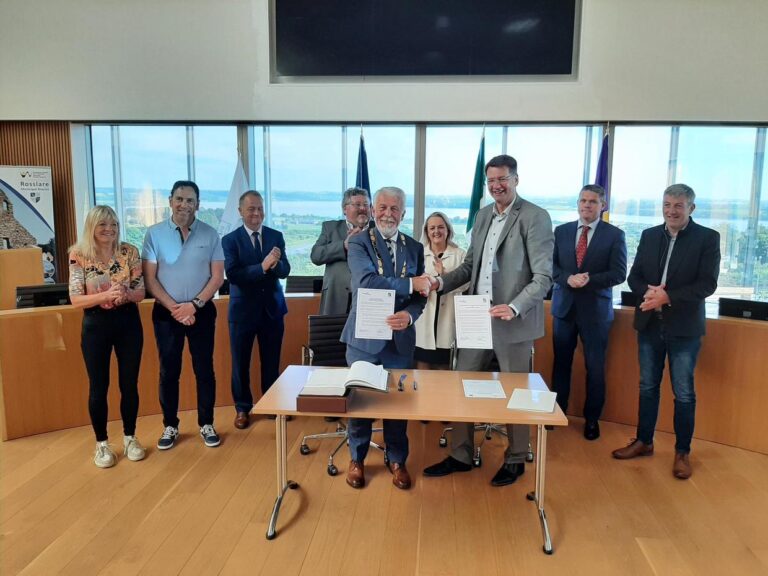 The Mayor of Dunkirk and the Cathaoirleach of the Rosslare Municipal District (RMD) have formally signed a twinning agreement which will see the two portside locations work in tandem on a variety of projects in the coming years.

Joined by a delegation from the French town, Monsieur Patrice Vergriete met with Councillor Jim Moore and the rest of the elected members from the RMD to finalise a partnership which had first been mooted in 2020. As part of the twinning agreement the two authorities will “maintain permanent links” in order to “promote dialogue” “exchange experiences” and “foster mutual improvement of all domains” that fall within their competencies.

They will also combine their efforts to “foster, develop and expand the cultural, heritage, educational, tourism, sustainable development, and economic ties” between the two regions.

“It is hoped that this new agreement will assist with the formation of linkages and the establishment of a long and lasting mutually beneficial partnership between our municipal authorities,” said Cllr Moore.