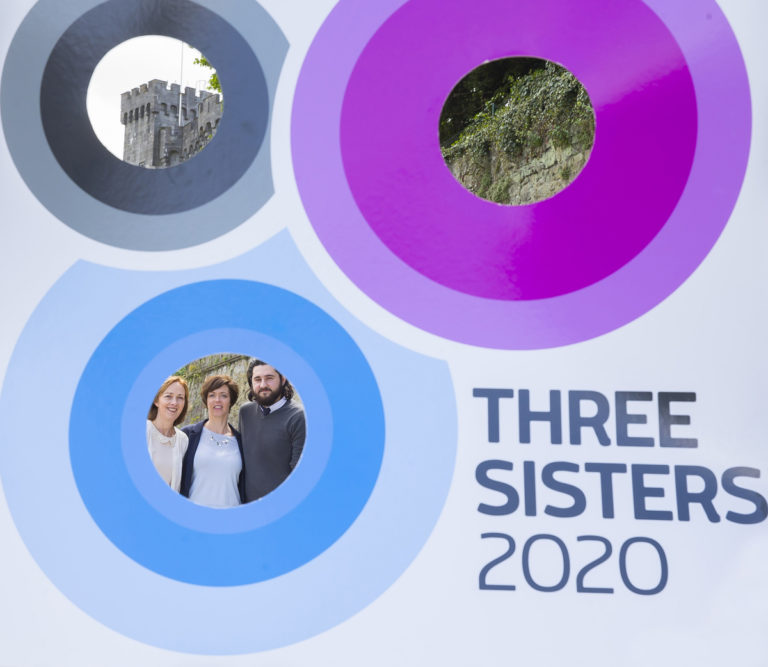 The South East region of Waterford, Wexford and Kilkenny under the Three Sisters 2020 banner could be in for a significant prize of €1.5 million if the title European Capital of Culture is secured for 2020.

The Irish winners will be named in mid-2016, leaving at least three years to prepare for the year of designation in 2020 and the European Union provides funding of €1.5 million for the winners by way of the Melina Mercouri prize.

Commenting on the potential economic boost, Bid Director Michael Quinn said, “This could be a turning point for the region, it is a huge opportunity to showcase Waterford, Wexford and Kilkenny at a European level. In just 5 short years the spotlight could be firmly on the South East. It has been proven time and time again that winning this title has a transformative effect on the destination, take Liverpool for example, a city long associated with poverty, unemployment and crime, named the European Capital of Culture for 2008 and now business is booming. The title had a massive impact on the brand of Liverpool, in 2008 there were an estimated 27.7 million visits to Liverpool, a 34% rise on the previous year in comparison with a 7% drop in the neighbouring City of Greater Manchester. 9.7m visits to Liverpool were motivated by the ECoC. This generated an additional economic impact of £753.8m.”

“One of the major elements of the judging criteria is that the people of the region have demonstrated that they really want to be the European Capital of Culture; and that they are behind the Bid. So, how can we do this in the South East? There is a ‘Get Involved’ tab on our regions Bid website www.threesisters2020.ie you can log on here and simply ‘sign up’ that is fill in your name as a supporter of the Bid and if you wish to take it one step further fill in and idea, a thought, a vision or a dream which you would like to see as part of the South East’s European Capital of Culture Programme in 2020. It’s really that simple.

In order to be in with a chance of winning the title we need to demonstrate clear evidence of things starting to happen on the ground and that the people are behind this bid. That is important because it needs to be a unified approach.” Michael concluded.

The Three Sisters Bid book will be submitted by mid-September. The submitted applications are reviewed against a set of established criteria during a pre-selection phase by a panel of independent experts in the field of culture. The panel agrees on a short-list of cities, which are then asked to submit more detailed applications.

The European Capital of Culture is a city designated by the European Union for a period of one calendar year during which it organises a series of cultural events with a strong European dimension. Each year, two cities from two chosen European countries are nominated as a Capital of Culture. In 2020, Ireland and Croatia have been announced as the chosen nations. Ireland will make its designation of a Capital of Culture based on the recommendation of the panel by mid-2016.