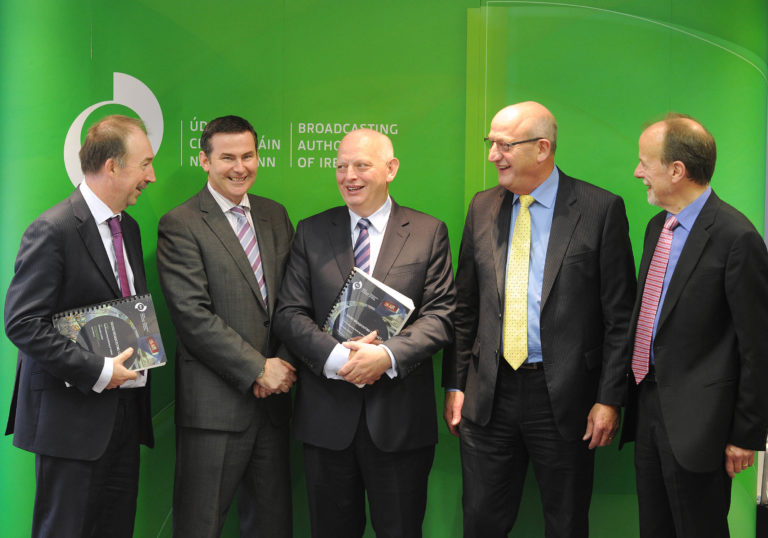 South East Radio began broadcasting on the 20th October 1989. In the almost 25 years that have passed, South East Radio continued to deliver relevant content from local, national and international sources. Entertaining the majority of the adult population across Co Wexford and its hinterlands, South East Radio continues to provide the latest news, current affairs sport, music, chat and information which has made it the market leader in the area.

The recent application to the BAI (Broadcasting Authority of Ireland) for the retention of the local broadcasting license for a further 10 years has been once again successful for South East Radio, County Wexford’s No.1 radio station.

The contract was signed yesterday at the Broadcasting Authority of Ireland Headquarters in Dublin by Managing Director Eamonn Buttle and Director and Company Secretary Norman Buttle.

The BAI’s Chairperson Bob Collins, speaking at the contract signing said the people of Wexford will be served by a vibrant radio service which will provide content and programming reflecting the diversity within the South East.

South East Radio’s Managing Director Eamonn Buttle was extremely thankful for the loyal support from listeners and advertisers across the region.