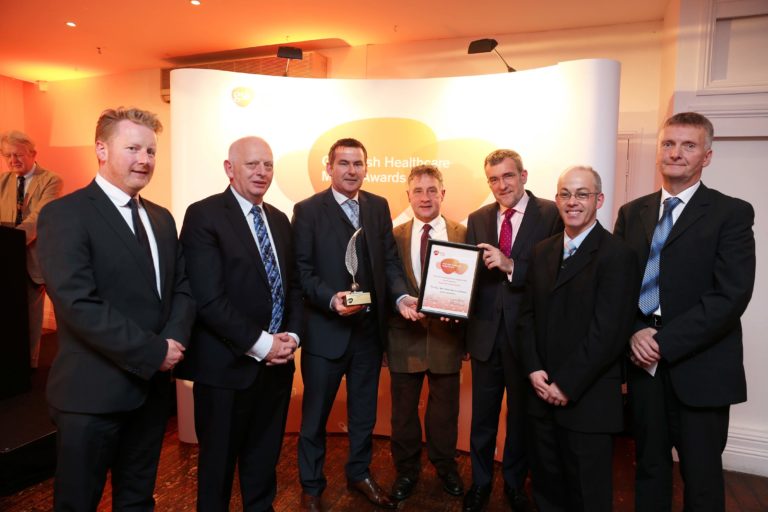 The South East Radio Morning Mix Team were delighted to receive the prestigious “Best Broadcast Piece in Regional Broadcast Media Award” for South East Radio’s Morning Mix “Dee-Day” Campaign at the 2014 GSK Healthcare Media Awards , Tuesday 11th November. The GSK Healthcare Media Award is the second major win for the “Dee-Day” campaign in 4 weeks, winning a gold award at this year’s National PPI Awards Ceremony.
Almost 11 months ago, Stephen Doherty (Dee) died suddenly from a heart attack. Stephen’s sister Imelda, in an interview with Alan Corcoran following his untimely death, said she had no doubt if Stephen had taken better care of his health he would be with us today. Knowing this information, it needed to be shared- if one life could be saved, then Stephen’s death would not have been in vain. South East Radio embarked on a heart health awareness campaign in his memory, highlighting the need to take care of your health. “Dee-Day” was Friday 23rd May.
Commenting on the award, Liam Dwyer General Manager, South East Radio says “We are delighted to receive another national award in our colleagues Stephen’s memory. His sudden death was a huge shock to us all, both inside and outside of South East Radio. We are constantly reminded by the medical profession that early detection of serious illnesses yields better outcomes. We experienced this first- hand through Stephen’s passing. This gave us the impetus to turn a tragedy into a campaign that could bring other families a positive outcome. While it was too late for Stephen and his family it wasn’t too late for other families. South East Radio would like to thank the thousands of people who took control of their health on “Dee-Day” on Friday 23rd May”