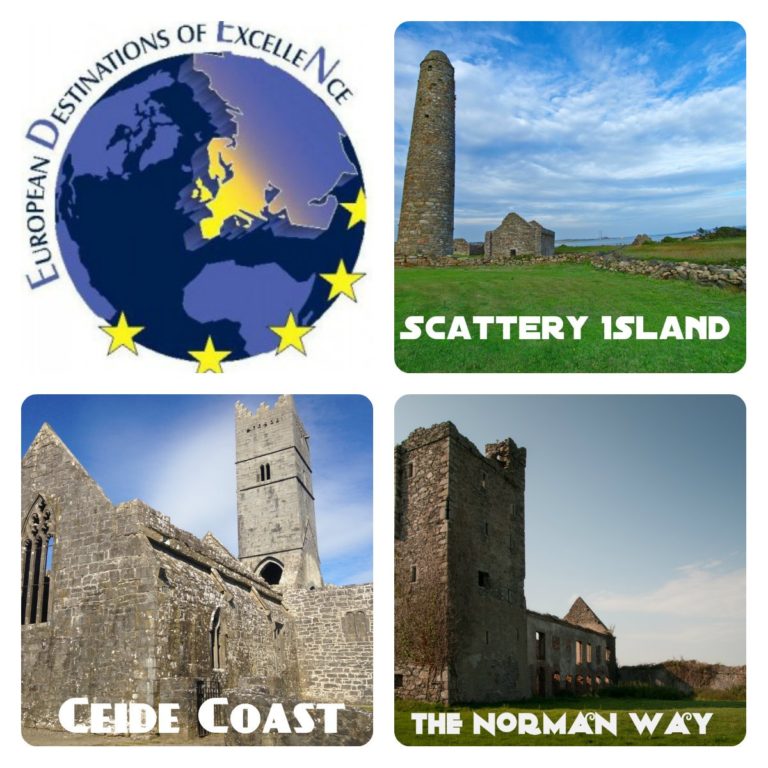 Fáilte Ireland has announced the three Irish finalists of this year’s EDEN (European Destination of Excellence) competition to find the destination in Ireland which has best used its local tangible cultural assets to grow visitor numbers. EDEN is an EU project promoting sustainable tourism development across the European Union and is held every two years in 29 member states.  The three Irish finalists this year are the The Norman Way Wexford, the Ceide Coast, Mayo, and Scattery Island, Clare. The overall winner will be announced at the end of September.

The theme of the 2017 EU-wide EDEN competition is “Tangible Cultural Tourism” and the three Irish finalists are now preparing for on-site assessments during the week of Monday 4th September when they will be visited by a panel of expert adjudicators.  Tangible cultural assets can include such features as traditional historical or archaeological monuments/sites, industrial sites, museums, theatres, galleries, contemporary architectural sites and modern urban districts of towns.

The assessment of the finalists will allow each one an opportunity to provide further evidence to show how they are balancing their own tangible cultural assets with the local environment to develop a viable tourism destination.

“We are delighted to announce the three Irish finalists shortlisted in this year’s EDEN competition. Each of these applicants has clearly demonstrated the best examples of how tangible cultural assets have been used to benefit both tourists and local communities.

“Ireland has long been recognised for the richness of its cultural heritage which is of critical importance to our attractiveness to visitors. We have over 5,000 years of material culture which tells an exciting and engaging story for our visitors. Communities across Ireland are fiercely proud of their heritage and culture and many have harnessed these assets through tourism to deliver real social and economic benefits for their local areas.”

“We in Wexford County Council and all associated with the project are absolutely delighted that The Norman Way has been judged to rank amongst the top three entries in this prestigious competition. The Norman Way has a wonderful story to tell, is real and authentic and brings renewed life and vitality to so many towns and villages along the route.”