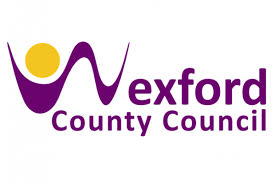 Today’s event is an acknowledgement by the Council that the success of the award-winning initiative would not have been possible without the support and collaboration of its designated beach partners, namely –

The initiative was launched in 2015 on two of the County’s Blue Flag Beaches, Curracloe and Rosslare Strand. Following an overwhelming positive public response, the programme was then extended in 2016 to a further four beaches, Carne, Courtown, Duncannon and Morriscastle.

Furthermore, the Council is delighted to announce that a beach wheelchair will be available at Kilmore Quay for the 2017 summer season.

Due in no small part to the development of the Beach Wheelchair Initiative. Wexford County Council was the recipient of two major awards  in 2016, winning the coveted Council of the Year award at the IPB  LAMA Community & Council Awards, and the Disability Services Provision category, Chambers Ireland Excellence in Local Government Awards