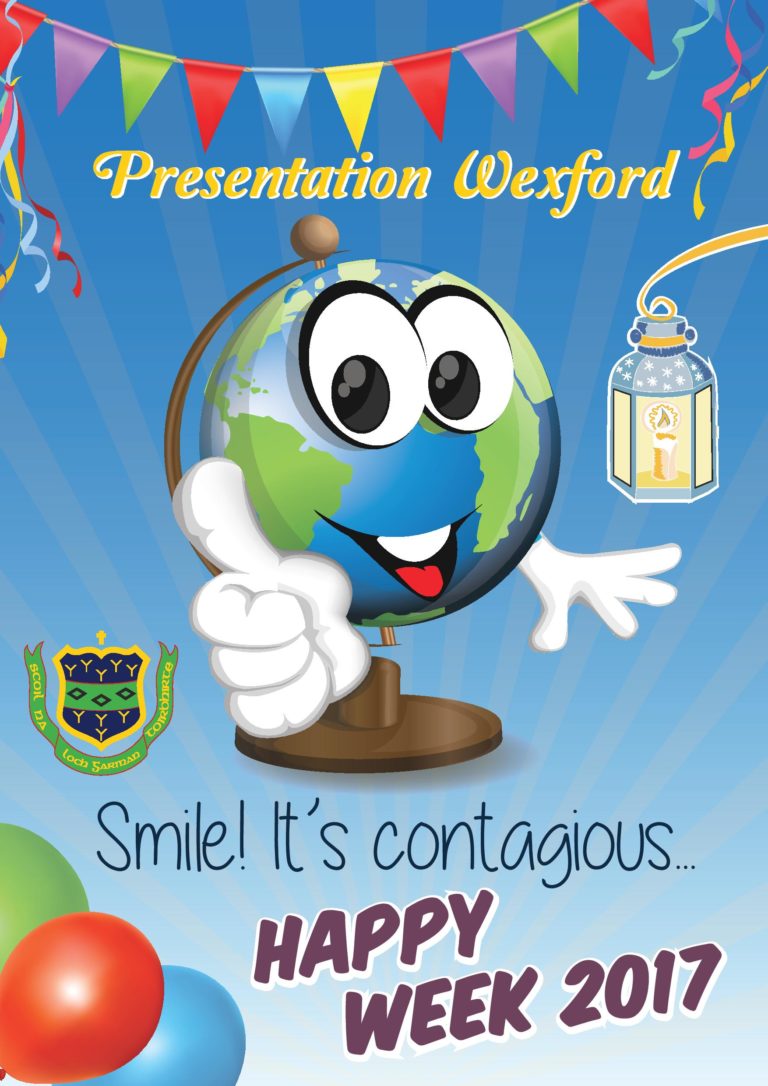 A group of student from the Presentation Secondary School, who have recently reached the finals of the AIB Build a Bank Challenge, are focusing their efforts on happiness throughout the community.

The girls ran a Beat the January Blues campaign in the school which was a great success in helping to lift the spirits in their school and held competitions as well as putting notes of positivity on each and every locker in the school.

Following up on their successful January campaign they are now actively organising a Get Happy Week in the school and would like to extend this to all of the local businesses in Wexford – inviting them to share in the positive message of a Get Happy Week starting Monday 10th April.

They have already called into several local businesses in the town with posters and stickers and cards. They are asking that businesses flood their social media platforms with messages of positivity and happiness and wellness throughout the week in order to support the idea of creating a week of positivity and happiness and at the core of it the ongoing message of #bebrave.

All support in this initiative would be gratefully received.