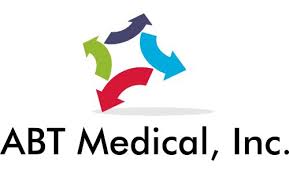 ABT Medical, a Wexford based manufacturer of medical device components, has exceeded their one million euro sales target for 2011 doubling their sales from the previous year. The company currently employs 23 people and manufactures customised angioplasty balloons for use with catheters and stents across a wide range of producers carried out by cardiologists and radiologists.

Classed as a High Potential Start-Up by Enterprise Ireland, ABT Medical has achieved strong export sales in the USA, China and Middle East, and can count some of the world’s top medical device companies as its customers.

Commenting on the company’s strong export sales Colin Sutherland, Managing Director, ABT Medical said, “The target to double our sales in 2011 to over one million Euro was quite an aggressive target and we are all extremely delighted that this was achieved and exceeded. We are a small startup medical device manufacturer in a very niche area and only with the full support of our employees and organisations such as the Wexford Enterprise Centre, Wexford Chamber, Enterprise Ireland and the South East Business Innovation Centre was this possible. We are very positive about the year ahead we are in negations with some large multinational organisations and hope to double our sales again in 2012.”

ABT Medical were major winners at the 2011 Wexford Business Awards where they took home a haul of awards including, the Wexford International Export Award, Wexford Research & Development Award and the Wexford Emerging New Business Award. The company beat off stiff competition from local businesses with their innovative approach to manufacturing and skill in entering new markets.

Commenting on ABT Medical’s milestone achievement Madeleine Quirke, CEO, Wexford Chamber said, “Domestic exporters such as ABT Medical are part of Ireland’s recovery, providing much needed employment and helping to boost the local economy. To achieve this success in such a challenging global economy is testament to their entrepreneurialism and hard work. Wexford Chamber is very active in supporting local manufacturing industry with export requirements and we are thrilled to learn that ABT Medical is growing from strength to strength.”

ABT Medical is one of 160 medical technology companies currently operating in Ireland according to Enterprise Ireland figures. Together these companies employ an estimated 24,000 exporting approximately €6.2bn worth of product annually.