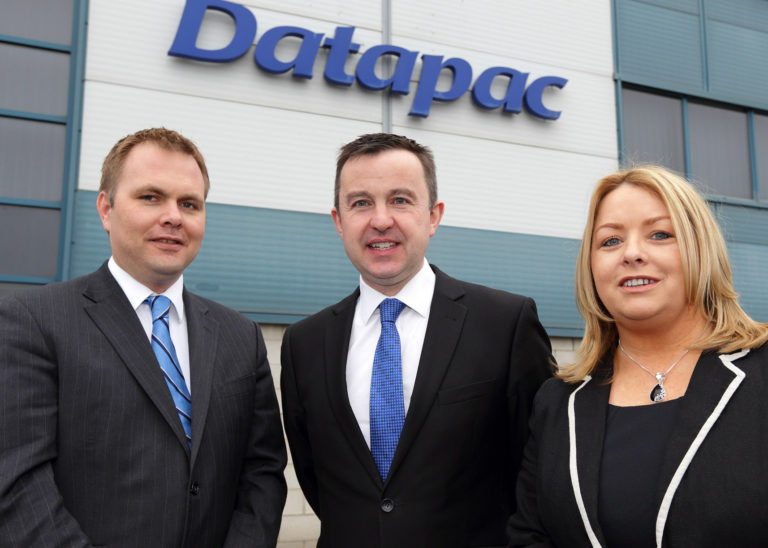 13th March 2014 – Datapac, Ireland’s largest indigenous ICT solutions provider, today announced that it has been awarded an €11M ICT consumables contract by the Office of Government Procurement. The two year contract, with an option of a further 12 months extension, will allow Datapac to grow its business and create 15 new jobs.

Established in 1982, Datapac provides an extensive range of technology solutions and services from its offices in Enniscorthy, Dublin and Belfast, to private and public sector organisations throughout Ireland. This new contract follows a strong start to 2014 for Datapac, enabling it to make a strategic decision to grow its business. The new jobs will be based across all of Datapac’s locations and 10 of the roles will be created this year, with the additional 5 positions being created over the following two years. The new positions will include sales, marketing and logistics roles.

The Office of Government Procurement (OGP) is part of the Department of Public Expenditure & Reform. It has been tasked with centralising public sector procurement arrangements for common goods and services.

Datapac was awarded the contract based on its proven ability to deliver a seamless customer experience and sustainable cost savings across a vast range of ICT consumable products. In 2012, Datapac was awarded an €8M contract by the National Procurement Service to provide a similar range of services. This new contract will see Datapac provide a more comprehensive portfolio of technologies and consumables to the public sector.

Speaking at the awarding of the contract Brian Hayes T.D., Minister of State at the Department of Public Expenditure and Reform with special responsibility for the Office of Government Procurement (OGP), said, “The award of this contract to Datapac, a wholly Irish owned SME, is a perfect example of an Irish SME successfully competing for government business. We want to see more SMEs competing for larger State contracts – both at home and abroad.  SMEs success at this level is key to securing a sustainable and durable recovery for Ireland.”

Patrick Kickham, director, Datapac, said, “Procurement is an essential part of the Government’s public service reform agenda and we are delighted to play our part in helping them to achieve sustainable cost savings and improved operational efficiency. This contract allows us to grow Datapac further, adding up to fifteen new people to the team over the next two years, and making further investments in our business and technology portfolio.”

Clara Quigley, sales manager, Datapac, said, “We have invested significant time, energy and capital to enhance our service delivery capabilities in Datapac, including an online ordering system which is second-to-none in Ireland. We look forward to being able to extend our product lines and services further with this new contract from the OGP. It is a fantastic endorsement of the technologies, structures and people we have here in Datapac.”

In addition to employing a team of 170 highly-skilled people, Datapac also provides further support for the Irish economy by working closely with a wide range of suppliers and contractors throughout Ireland.